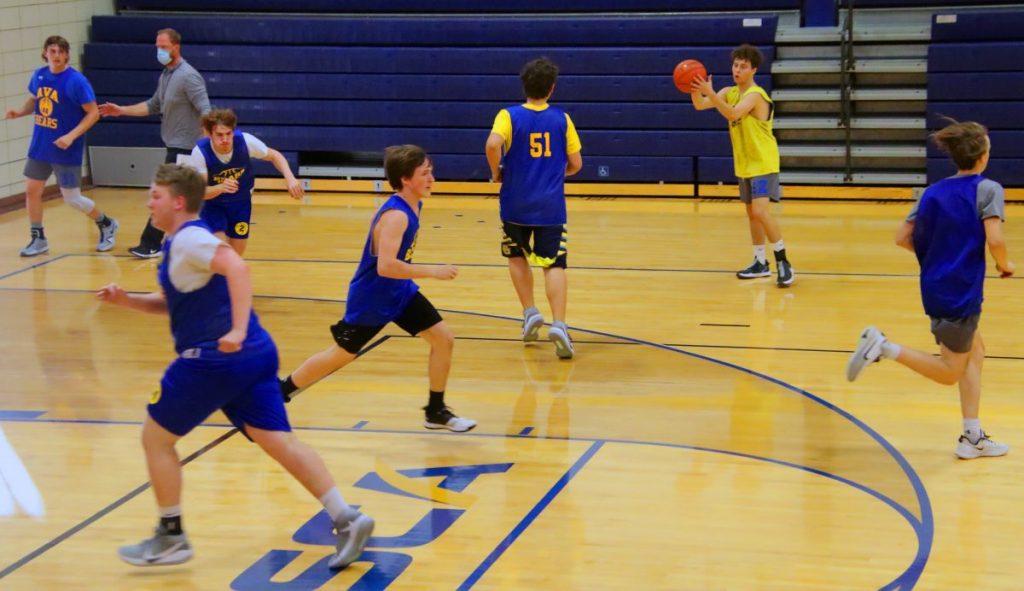 The Ava Bears basketball squad returns two starters from a team that posted a 24-6 record last year. The Bears had advanced to the quarterfinal level of the state playoffs, before falling to Charleston. Charleston would go on to be the Class 3 second place team. The Bears captured the  South Central Association Conference title last year with a 6-1 record. 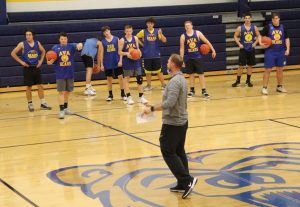 Among the losses were Jacob Gillies, a 6’4 athletic post, who drew 19 charges last year. The Bears will also be playing without Nate Swofford, an all-conference/all-district guard, who provided leadership, work ethic and the ability to take over games at times, Bears Coach Damon Seiger stated. Seiger also said Blake King would be missed as he had a knack for the ball offensively and was a 34 percent shooter from behind the arc.

Seiger, last years’ SCA Coach of the Year, will open his second year of coaching at Ava with two returning starters and three returning letterman.

Among those returning to the squad will be Quinton Donley, 5’9 senior; Andrew Dalton, 6’3 junior; Blayne Mendel; 5’9 junior; and Zach Mendel, 6’2 senior.

“He has really come into his own this summer and dedicated himself to being more than just a shooter for this upcoming year. We expect big things out of him as he has increased strength and can attack more off the dribble as well as he shot the three at a 40 percent clip last season,” Seiger said.

“Andrew does a little bit of everything for us and has the skill set to do so. He’s gotten stronger and has taken an already complete all-around game and continued to develop it even more. He’s arguably one of the better players in the area and can score from all areas on the floor,” Seiger added.

“Blayne is a very good facilitator who will take more of a scoring role with this year’s team. Blayne’s had a great summer of workouts and we expect big things out of him as our primary ball handler.”

Zach Mendel played in 29 games and averaged 3.3 points per game.

“Zach, unfortunately blew out his ACL in football this season, so he will help lead and be a player-coach when possible,” Seiger indicated.

A number of newcomers will be competing for playing time.

“Ethan is a guy who proved to be one of our leaders last year at the JV level and will fit in nicely to what we are needing from him at the varsity level. He’s increased his strength and I believe he will have the confidence to be an impact player for us this season,” Seiger said.

“Corey is a guy who is very athletic and has a knack for getting to the rim. Corey is expected to compete for varsity minutes this season as well.”

“Bryse is an undersized post man who is tough around the basket and will find a way to be successful. He’s a gritty, tough nosed player who will compete for minutes inside this year.”

“Payton had flashes last year on the JV level as being a real scoring threat. He will be looked at to provide an offensive boost for a group needing some additional scoring options,” Seiger said.

“Mason is one of the most athletic players I’ve ever coached. He did not play last season, but we welcome him back as he should be a staple inside for us both offensively and defensively.”

“Dylan will help provide depth at the guard position and should figure in the rotation as a good ball handler and guy who can knock down the open three.

“As is the case with most seasons our overall health and ability to play well down the stretch will be key. It’s a relatively new varsity group, but an exciting group that we look forward to stepping on the floor nightly with something new to prove. We had a great run last year, but that was then as we now turn the page and create a new identity for this upcoming season. These young men are excited and looking forward to what they can accomplish,” Seiger said.

The Bears will be traveling to Waynesville on Thursday, Nov. 19, for a jamboree game with Waynesville. No spectators will be allowed.

The Bears will open regular season play on November 24, hosting Seymour. They will then travel to the Forsyth Tournament on November 30, to start a long stretch of away games. Ava will not return home again until December 22 when they will host Gainesville.

MSHSAA had indicated in a release that as member schools continue to evaluate their ability to safely participate in sport and activities for the winter season, delaying the release of classifications will allow for schools to have additional time to decide on postseason participation. The delay will also allow the Board of Directors the opportunity to discuss winter classifications and the post season at the December meeting.