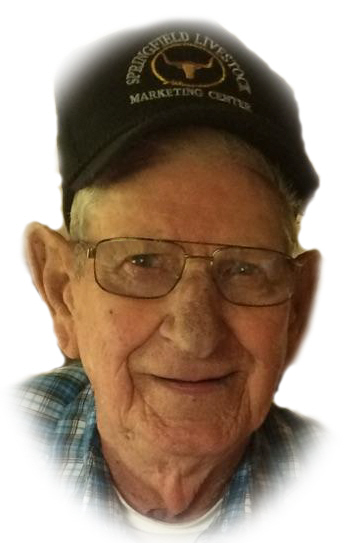 Don served as an Airman 2nd Class with the United States Air Force from 1955 to 1961 and served during the Korean War in Tachikawa, Japan as an aircraft mechanic. He was awarded the Korean Service Medal, U.N. Service Medal and the National Defense Service Medal.

Don was born in Taney County, MO, Sunday October 11, 1931 to Ross and Nellie (Swearingin) Johnson. He attended Bradleyville School and graduated in 1949. He operated heavy equipment, but he would tell you his occupation was farming. Don married his long-time school friend Luene, July 9, 1960, in Harrison AR.

Don loved to fish and was an avid coon hunter. He enjoyed seeing his grandchildren and great grandchildren. He watched Jeopardy and Wheel of Fortune, daily. Don liked to listen to classic country music. He was happiest when he was in the hayfields helping his sons.

He was preceded in death by his parents, Ross and Nellie; wife, Luene; one brother, Ray; three sisters, Irene, Hester and Evelyn.

“If Frogs had Wings, they wouldn’t bump their butt when they jump”

Arrangements were under the direction of the Kissee-Schofield-Eakins Funeral Home, Forsyth, MO.