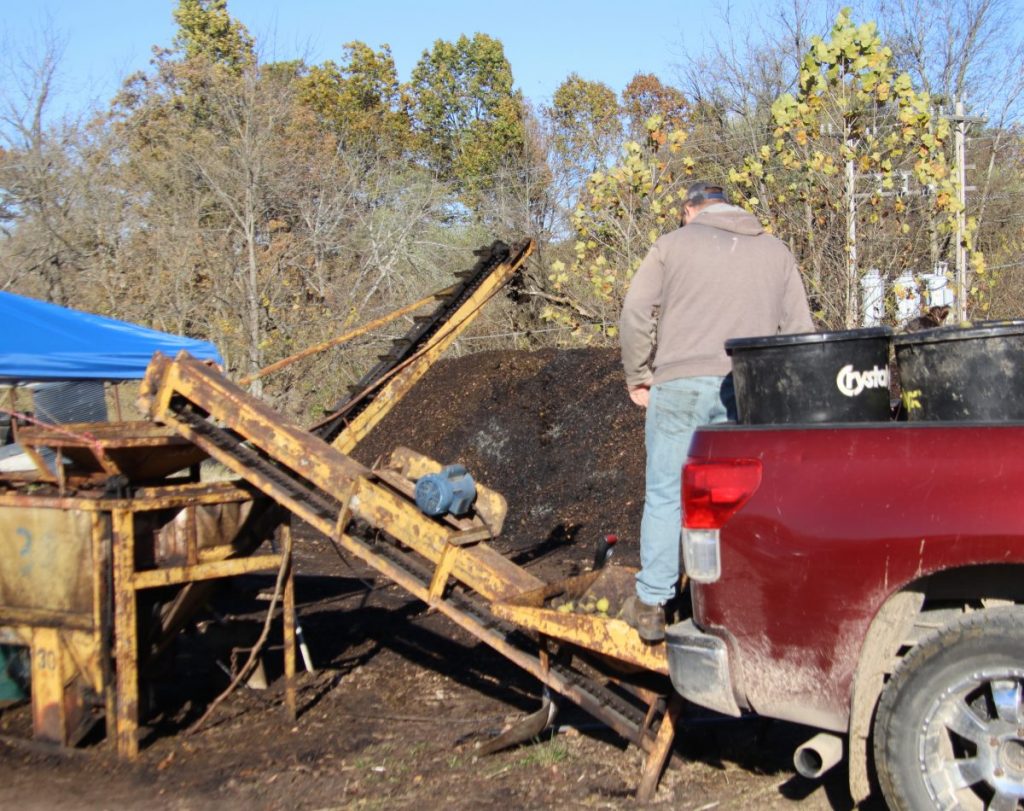 Doug Berger/Herald Black walnut collection at an Ava hulling station came to the end of the season last week.

The annual tradition of gathering wild black walnuts is coming to an end for this year. Numbers of processed nuts at hulling stations have been lower than anticipated in some areas.

The Hammons company, which has been processing black walnuts for 73 years, has approximately 230 hulling stations in 13 states. Missouri usually produces about 65 percent of the harvest, the company indicated on its website.

Hammons indicated in an earlier report it had not seen a big crop of trees in southern Missouri. The company reported on October 29 it had received eight million pounds of walnuts. The company at that time had a goal for the season of 15 million pounds.

Persons gathering the nuts were receiving $16 per pound.

Along with the nut meat, the walnuts provide a wide variety of products including use in oil filtration and for cleaning abrasives.

The interest in collecting the nuts seems to have slowed down, Smith indicated. Many of the loads have come from people picking up the nuts in town locations, and some of the bigger loads come from older persons.