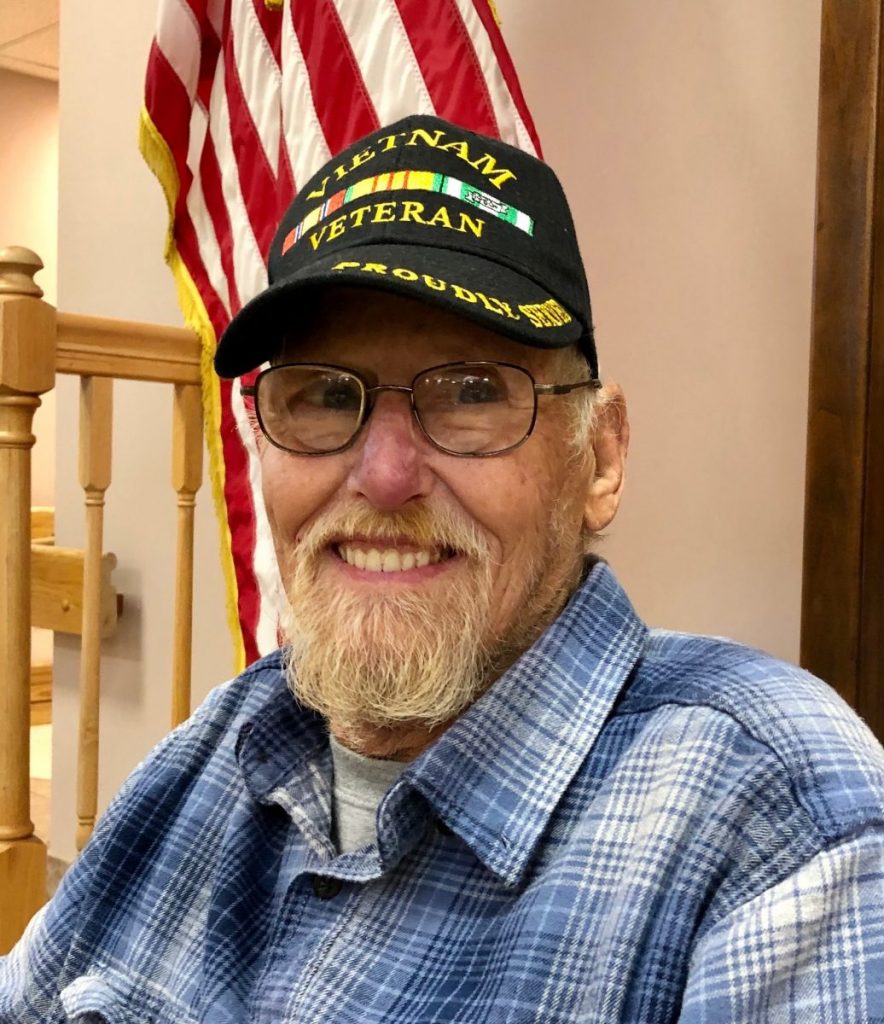 Chester Earl Smith, of Cuba, MO, previously of Drury, MO, was born on Monday, December 22, 1941 in Ava, MO to Lester Earl Smith and Mable Mae (Nichols) Smith.  He passed away at Harry S. Truman Memorial Veteran’s Hospital in Columbia, MO on Monday, October 19, 2020 at the age of 78 years, 9 months and 27 days.

Chester grew up in Douglas County Missouri and graduated from Dora High School in Dora, MO.  After graduating, he joined the United States Marine Corps where he served our country honorably for 14 years and fought during the Vietnam War. Chester married Vida Maxine Stout on September 1, 1962 in Miami, OK and to this union they raised three sons.  After his time in the military, Chester was a freelance carpenter where he built and remodeled homes.  He lived most of his civilian life in Drury, MO.  He moved to Cuba, MO to be near his oldest son, Cotton, for four years before going into the Missouri Veteran’s Home in St. James, MO where he lived for the last two years.

Throughout his lifetime, Chester loved singing with his sisters and playing his guitars.  He also loved the outdoors, especially to hunt and fish.  When fishing, he would stay until the fish started biting, no matter how long that took he would come home with fish.  His family fondly reminisces he had acquired through the years almost as many guitars as he had fishing poles.  Chester loved spending time with his family and friends.

The family chose cremation as his final disposition and will have a private service at a later date.   Memorials may be given to the Missouri Veteran’s Home in St. James, MO. (620 N Jefferson St, St James, MO 65559)

Arrangements under the direction of Hutson Funeral Home, Cuba, MO.