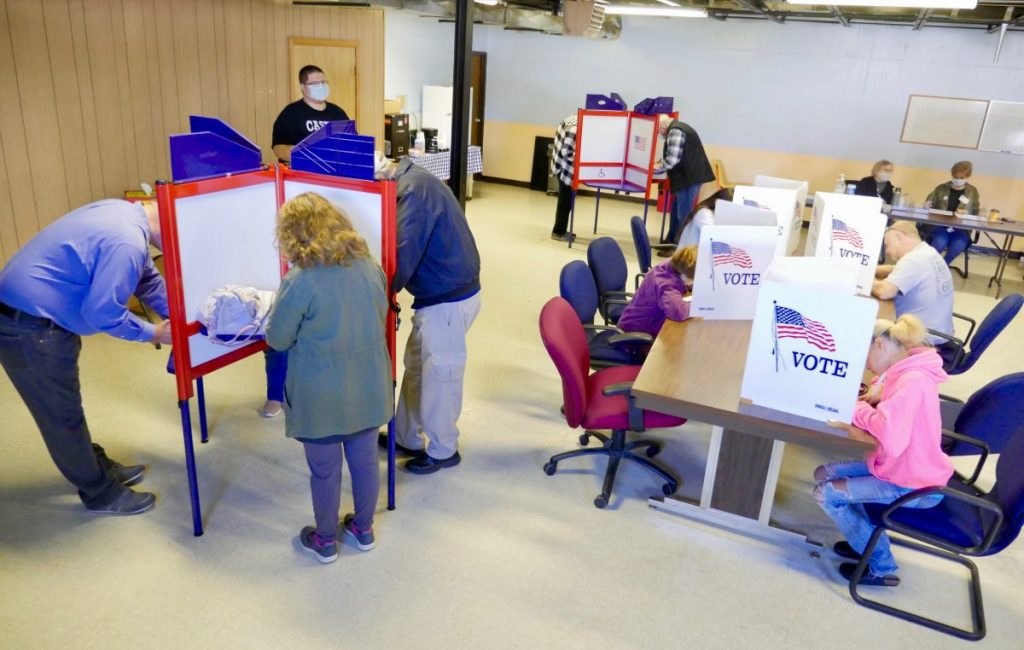 Michael Boyink/Herald The polls at the Ava Community Center had a steady stream of voters mid-morning on Tuesday.

Michael Boyink/Herald
Safety measures in place included plexiglass shields, masks, and sanitizing routines applied to pens and other items possibly touched by others.

Workers at both the American Legion Hall and Senior Center said there were people lined up and waiting at 6:00 a.m. when they came in to open the polls.

By mid-morning, polls were still seeing a steady stream of traffic, but  voters were able to get a ballot without waiting.

While in-person voting was easy here in Ava, state-wide many residents opted to mail their ballots instead.

According to Secretary of State John Ashcroft, by November 1st 60,173 mail-In ballots had been requested, 816,756 absentee ballots were requested, and 827,978 ballots had already been returned to local election authorities.

This is the first year Missourians could vote by mail, a procedure put in place to protect residents from spreading COVID-19.

The state also provided measures for residents who had already tested positive for COVID-19, or were suffering from other injuries or illnesses that incapacitated them.