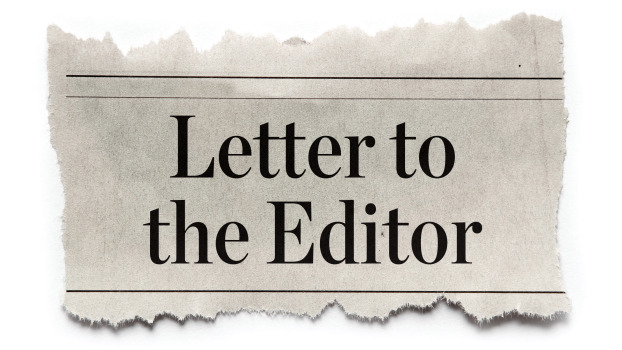 In view of the most recent letters written in the October 15th edition, I am compelled to write again. I stand behind the letters that I have previously written and will not be redacting or shying away from them. I am not ashamed of speaking the truth to the illogical. Illogic is not ignorance or stupidity. It is reason distorted by suspicion or misinformation. One could say it’s an Orwellian state of mind that arranges itself around convenient fictions rather than established facts. It is important that we all avoid rooting reality in things that are not true. One thing for sure is: Trump is a liar. Although I am not a psychiatrist, it is my conclusion that he is a pathological liar. Pathological liars demonstrate little care for others and tend to be manipulative in other aspects of their life.

In most cases, Trump tends to think if he can cover up his lies with preconceived notions like “Deep State”, ”Fake News” and denials of guilt even before being accused, that the American people are so naive or stupid, that they will believe him, and some actually do. It’s like he is admitting his guilt by his premature denials, “No collusion”, “No quid pro quo” would be good examples. When he sees he is having difficulty lying his way out of something, his next mode of methodology is to try and see his way out of trouble. Trump thinks like the Pied Piper. He is under the impression that all he has to do is play his flute, and we will become mesmerized and follow him.

One writer in the paper claims the Mueller report puts Trump’s collusion with the Russian’s “to bed”. First of all, collusion is not a crime. Collusion is the word Trump kept using to distract from his real involvement with Russia. And more importantly, it is necessary to say nothing has been “put to bed”. The Mueller investigation (meaning it was determined, Trump’s involvement needed investigating) and the report actually proved Russian interference in the 2016 presidential election process. The finished investigative report was submitted to Attorney General William Barr on March 22, 2019. It was not released by Barr for almost a month later on April 18th, 2019. The repost was so heavily redacted with blackened ink that there were less words left to read than the ink covered.

William Barr, whom turns out to be Trump’s “yes man” as attorney general, felt he had to do this redacting to please Trump. And by pleasing Trump, he might be saving his political career. It now turns out, as does most of the time with those involved with Trump, Barr’s behavior of showing loyalty may have been in vain because Trump is loyal to himself only.

I am not sure if my information was misread or not comprehended when I relayed the facts about the death rate resulting from Covid-19. So, I am compelled to state the facts again. The rumor that only 6% of the 200,000 people that died is untrue. False. In fact, these are not my words, they are the findings of the CDC.

I do not rely on one source of information as this same writer might imply. I make it my responsibility to get the facts correct through numerous resources. And there is no need for me to cast stones at anyone. The lies that Trump tells are enough to create the boulders that are about to roll right over him. Trump once again proved he was incapable of protecting us when he himself and his staff contracted Covid-19. If he can’t even protect himself what makes you think he is capable of protecting you?

In his calloused failure as president, and his handling of this pandemic, he continues to say, “We are rounding the curve”. The only curve he is rounding is the train wreck around the curve.

I noticed that another writer in a letter said, if you did not vote for Trump, you were in danger of quite possibly losing some of your liberties. By saying things like that, as I have explained in previous letters, it is referred to as fearmongering.

Regardless of the outcome of this election, the Creator of all things remains in control. Fear not, you will still be able to open and close your businesses when you choose. You will still have the right to keep and bear arms. Gas prices will continue to fluctuate in price according to supply and demand. And those whom choose to open a business should be able to choose where or what country they prefer to operate their business in. As a citizen of the United States, you are afforded these liberties. You are free to come and go as you please. You and I are blessed with freedom in this country. Let’s get out from under the tyranny attempts of Trump and vote to keep our freedoms. Vote for Joe Biden.