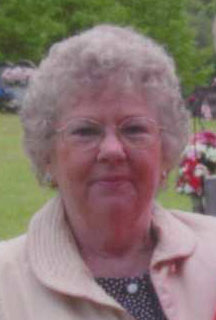 On November 4, 1950 Peggy and John H. Reed were united in marriage at Mtn. Home, AR and were blessed with four children. John preceded in death.

Later on December 24, 1974 Peggy and Leo Litwiller were united in marriage in Oklahoma.

Peggy was retired from working as co-owner with Leo of the Taneyville Country Market for several years. In Ava she worked as a clerk for the Rexall Drug Store and had also worked as a dental technician in Eureka, IL.

She enjoyed visiting with people and was an immaculate housekeeper. She was always busy. Peggy and Leo enjoyed camping and fishing. They spent many weekends on the lake. Leo said, “No one could cook fish like Peggy!” They also made and sold handmade crafts. Both enjoyed the company of their poodles. Peggy loved her family!

Peggy was a Christian and a member of Union Chapel in Taneyville.

Graveside services for Peggy were Tuesday, October 13, 2020 at 2:00 p.m. in the Ava Cemetery, Ava, MO. Officiating was Pastor Howard Kenyon. Memorials may be made to St. Jude Children’s Research Hospital or Denlow Cemetery. Services were conducted by Clinkingbeard Funeral Home, Ava, MO.  Online condolences may be made to www.clinkingbeardfuneralhome.com.