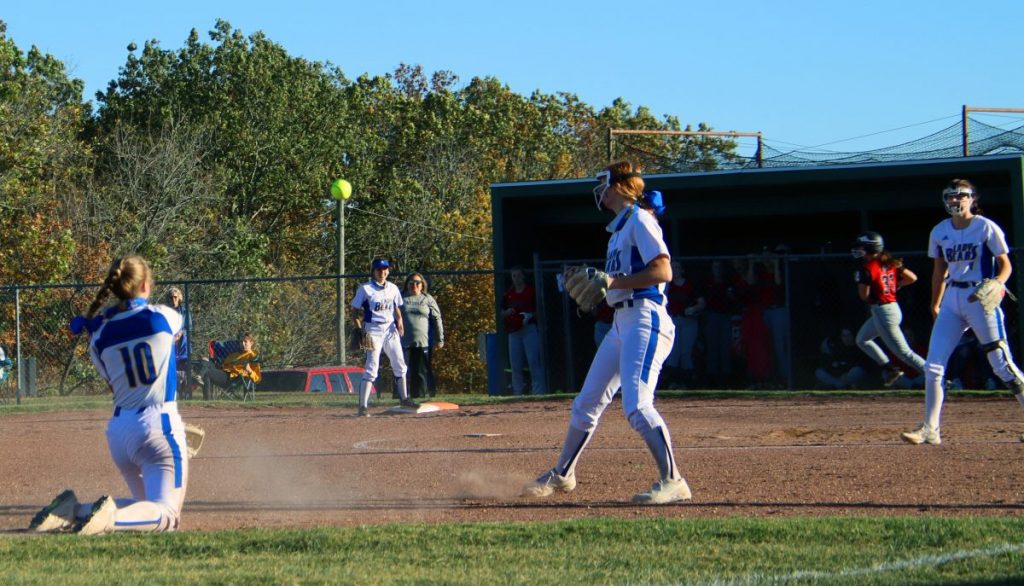 The Ava Lady Bears closed out their regular season with a shutout win over Gainesville, 10-0, in a five inning game. The Lady Bears take a 17-2 record into district play.

The Lady Bears scored their final two runs in the fourth. Heinlein and Keely Akers singled. A Devin Rowe double scored both runners.

Henry pitched all five innings of the game.

The Lady Bears also added wins over Willow Springs, Mansfield and Bakersfield during the wrap up of their regular season play.

Ava defeated Willow Springs, 16-1, in a game on October 5. Willow Springs opened the game with two singles. A single to center saw Lady Bears centerfielder Lexi Gastineau throw  out the runner at home to keep Willow Springs off the scoreboard.

Ava would add three more runs in the second. Lexi Gastineau would triple in two runs, and she would score on a ground out.

Willow Springs scored their only run in the top of the third inning.

A seventh Lady Bears run scored in the bottom of the third on a passed ball. Akers had reached on an error. A single and walk moved Akers to third, where she would come home on a ground ball.

Ava would use nine hits, including doubles by Lexi Gastineau and Henry, to score nine runs in the inning.

Henry took the pitching win for the Lady Bears.

The next afternoon, the Lady Bears had to come from behind to take a 6-2 win at Mansfield.

Mansfield used a two-run homerun to take a 2-0 lead after one inning of play.

Ava put a run on the scoreboard when Snow homered to open the Lady Bears third inning.

Henry again was in the pitching circle for the entire game.

Ava scored a single run in the first inning, and added two more in the second.

Four more Lady Bears runs came home in the third inning. The Lady Bears loaded the bases with singles by Mendel, Kaelyn Stillings and Taegan Snow. A fly out scored the first run. Lexi Gastineau would double and come around to score on the same play along with two additional runs.

Ava added another run in the fourth on an error. The ninth Lady Bear run scored in the fifth. Snow doubled, stole third and scored on a ground out. The final Ava run came in the seventh inning on a fielder’s choice.

Henry pitched the entire seven innings for the Lady Bears.