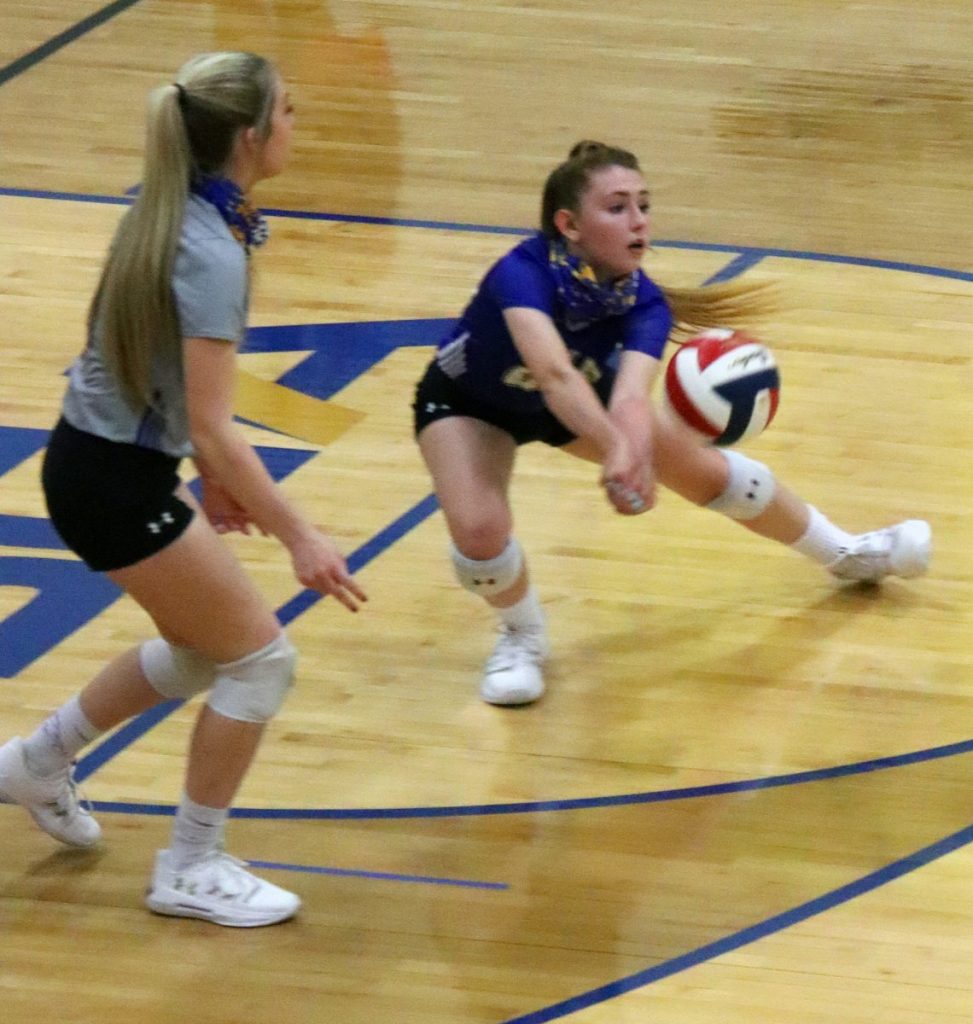 Doug Berger/Herald Kaylee Downs slides over to dig out a Conway spike.

In the first set, Conway picked up the first two points to establish a lead they held throughout the set. Midway through the set Conway held a 16-7 lead, but the Lady Bears were able to cut Conway’s lead to five, 17-12, before the teams traded points for the remainder of the set. Conway came away with a 25-19 win.

In the next two sets Ava continued to make Conway work for their wins. Late in the second set the score  was tied at 21, before Conway was able to pull away for a 25-22 victory.

In the final set, Ava held a 10-6 lead. Conway would come back to tie it at 12. The teams played even and were tied at 22, before Conway captured the final three points of the set.

Doug Berger/Herald
Hannah Evans and Alyssa Wallace go up at the net in the game last week with Conway.