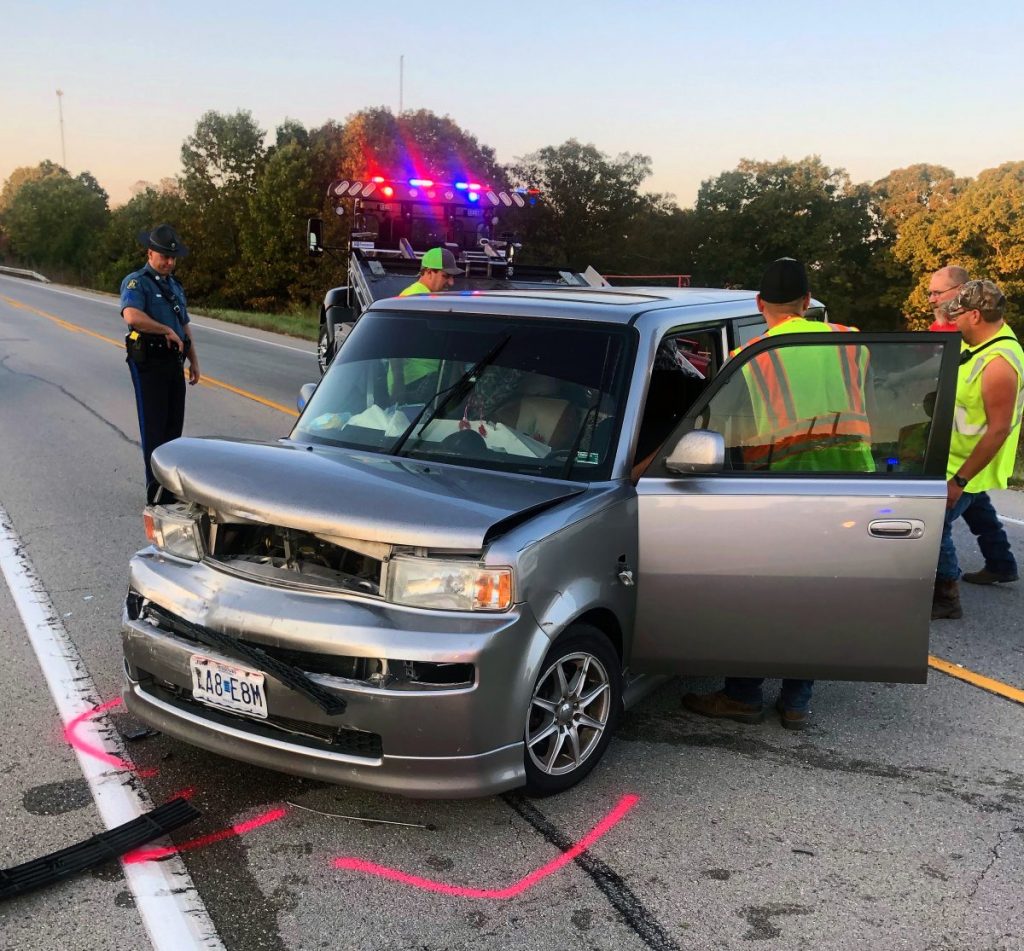 Michael Boyink/Herald Brenna Rodgers, 17, of Ava, and Martha Wood, 21, of Wasola received minor injuries in a three-car accident on Highway 5 north of Ava on Wednesday, October 7th, 2020. Carrie Adams, 43 of Ava, was stopped for traffic in her 2016 Honda Accord. Wood was stopped behind Adams in her 2006 Toyota Scion, when a 2009 Ford Ranger driven by a minor attempted to stop but struck Adam’s vehicle which then struck Adam’s vehicle. All vehicle occupants sought their own medical treatment. The accident was investigated by Corporal DJ Johnson of the Missouri Highway Patrol. Ava Rural Fire helped out on the scene, and towing services for one vehicle were provided by Jims Towing of Ava.