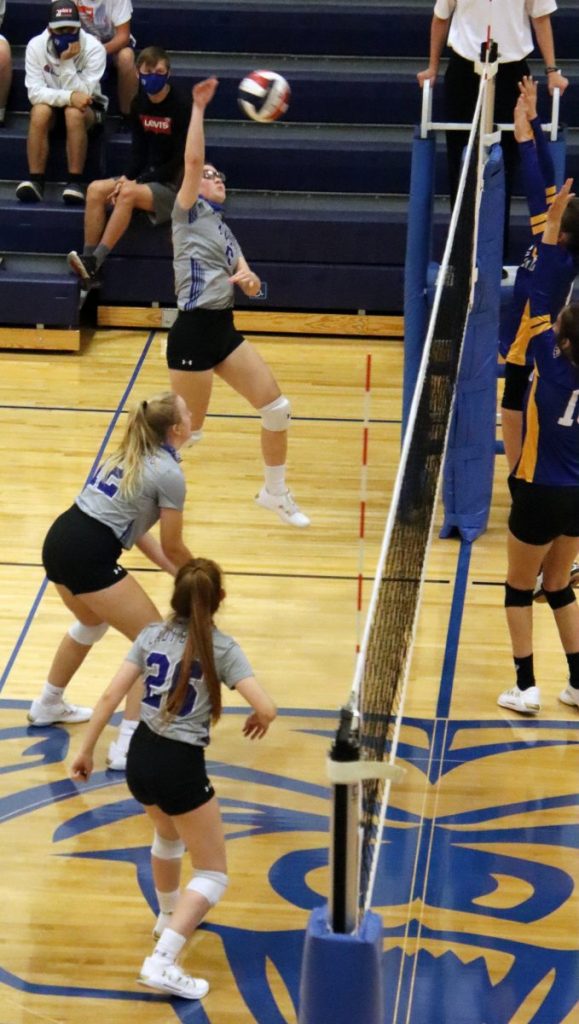 Makynna Wallace drives a spike against Fordland in a game early last week.

The Ava Lady Bears volleyball squad hosted Fordland September 21 and came away with a 2-0 win. The Lady Bears took set play 25-11 and 25-17.

The teams were tied in the first set at eight, before Ava went on a five point run to start pulling away. They later put together a six point run to put the set away. In the second set, the Lady Bears started to build their lead early, going up 7-2. Fordland came back to pull within one, 8-7, but Ava would tally seven of their own to stretch out the margin. 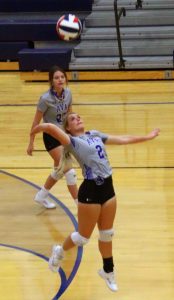 “This is the third time we have matched up with Fordland this season, and we still haven’t lost a set to them,” Lady Bears coach Bailey Loge stated.

“This is a very solid team and we took the loss in three,” Loge said.

The Lady Bears defeated Mountain Grove September 24, 3-1, and bring their season record to 9-9-1.

“Thursday, we traveled to Mountain Grove to compete against the Panthers for the second time in one week (the first was at the Cabool tournament). We beat Mountain Grove in four sets, 25-20, 25-21, 25-27 and 25-15. This was such an exciting match up, especially because Mountain Grove volleyball will always hustle and compete. Our girls did a great job of working together and truly provided a fun atmosphere to be a part of and to coach. This win made us 1-1 in conference play and 9-9-1 overall for the season. Alyssa Wallace moved to the right side during this match and gave us some great assists and fresh swings when needed. Kaylee Downs switched from the setter to the libero position and had a great performance on defense. This changed our offense to a 5-1, and his change moved Sarah Boyd to an all-time setter. Makynna Wallace gained some defensive ground, playing in some defensive roles along with her outside hitter position. Liberty and Grove were not only conference teams, but district as well. Our district assignments were released. We are one of five teams-Salem, Liberty, Mountain Grove and Willow Springs,” Loge indicated.

The Lady Bears will host Conway on October 8.