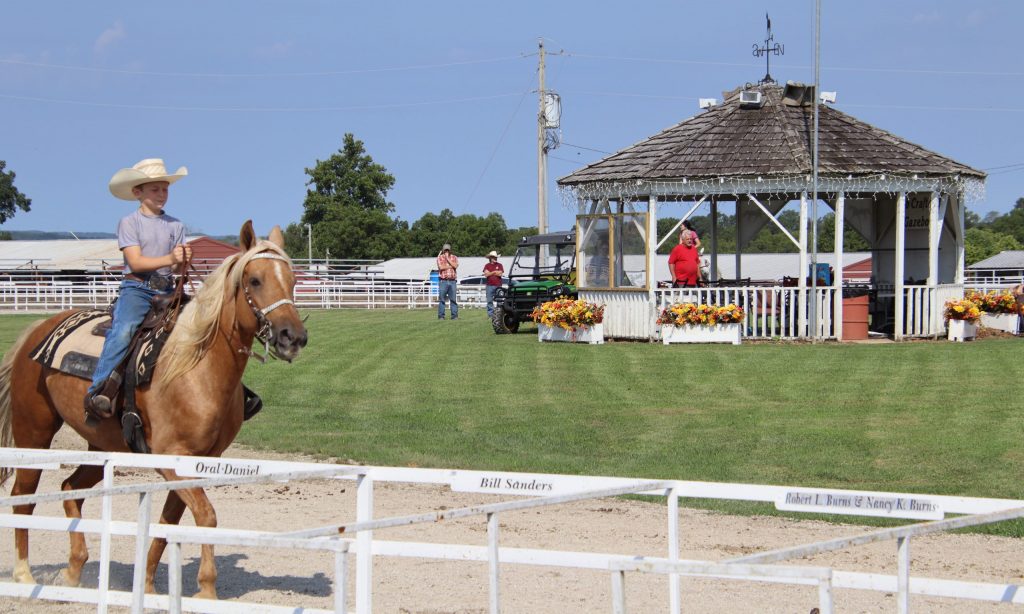 Doug Berger/Herald A young rider works with his horse during the Missouri Fox Trotting Horse Breed Association Show and Celebration held this week.

This week the Missouri Fox Trotting Horse Breed Association is hosting its World Show and Celebration. The Show and Celebration is held each year the week of Labor Day in Ava.
“More than a century ago, the settlers and pioneers of the Ozarks needed a sure-footed, easy-traveling horse that could perform the varied and often grueling work their way of life demanded. Those requirements included plowing fields, hauling logs and working cattle in rugged, rocky Ozark terrain. And when the day was done, that same horse had to serve as the family’s stylish buggy and riding horse,” the Association indicates in its history of the breed.
It is still this diversity of abilities that attracts people to the breed, Mark Mackie, Association president stated.
Mackie is a second generation Fox Trotting Horse enthusiast. Mackie’s father (Irvin) obtained his first Fox Trotter when he was 12. Mackie stated his father grew up with a love of horses, and liked the Fox Trotter because of this ability to do a number of different activities, its smooth gait, and what it could do on the farm.
“Back then you didn’t have trailers. You had racks on the sides of a pickup. One of the first things you taught a horse was to jump up into the bed of a pickup,” Mackie said.
Mackie stated his father was not a charter member of the association, but he was one of the early members of the Fox Trotting Horse Association. The Association at one time had about 9,000 members and Mackie stated his father’s membership number was under 100.
Irvin Mackie was inducted into the Missouri Fox Trotting Horse Breed Association Hall of Fame. Mark Mackie would later also be inducted into the Association’s Hall of Fame.
“I was glad to have been able to follow in his lead, Mackie stated.
Mackie’s father’s enjoyment of the Fox Trotter had led to Mark becoming involved with the breed at shows and for other activities.
“I started showing when I was six or seven years old, I just enjoyed it from the first time I started. I’ve been a member for 55 years,” Mackey said.
Mark Mackie stated that he now has kids and grandkids showing Fox Trotters.
He laughs that there was a period when he was 16, his interest in Fox Trotters was reduced by an interest in having a car. He explains he was showing a Fox Trotter and winning a lot, but his desire for a car led to his sale of the Fox Trotter. The individual who bought the horse from Mackie would soon sell the horse, and about six months later, Mackie recognized the horse at a show. He went to pet the horse, and told the new owner he once owned the horse. Mackie laughed that he later got his horse back when he would marry the owner. 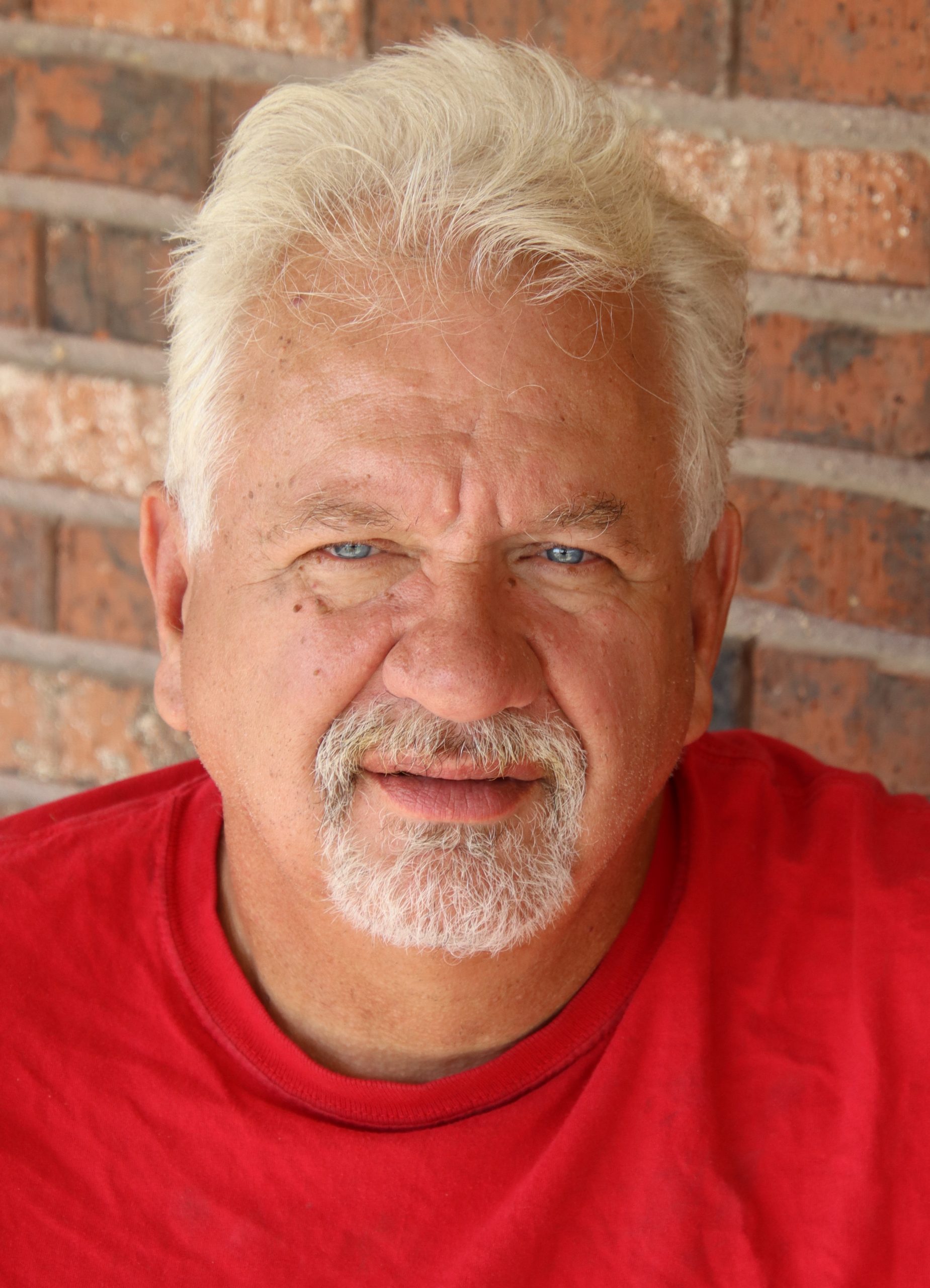 One of the abilities of the Fox Trotter that is attracting new owners is its use as a trail ride horse. Mackie stated he has been told numerous stories by Fox Trotter owners stating that when they were on a trail ride people were impressed with the horse’s abilities and smooth ride on the trail. He feels that many people who have interest in horses have heard of Fox Trotting horses, but few had seen it in action on the trail.
Mackie said the Fox Trotters are definitely a hobby for him, but he felt there were some areas where he could help the association, so he decided to seek his current position.
“I think the association provides an outlet for those people who love horses and competition,” he stated.
Many people like to set a goal for themselves and their horses, he added. The association gives them a chance to work toward these goals with it potentially culminating in participating in the World Show and Celebration in September, which many times serves as the end of a show season, Mackie explained.
A large percentage of the association’s membership is from Missouri, Arkansas, Kansas and Illinois, but the association also has members from all over the U.S., he stated. Almost all of the states are represented along with members in Europe and Australia who ride the horses, he said.
The World Show will usually host 300 to 400 horses competing as 1,300 to 1,500 entries in classes, Mackie indicated. The association has 17 barns with fifty stalls in each barn, he pointed out.
Mackie stated that he feels the Fox Trotter breed is becoming more popular, but that the promoters of the breed, including the association, will need to continue to provide opportunities for people to participate, particularly younger riders.
One of his goals for the upcoming year is to get youth on some of the association committees, to start getting them involved and interested, he stated. He would like to see more programs especially for youth—seminars, competitions.
“More programs to enthuse the youth,” he stated.
He added he would like to continue to work to establish a strong partnership between the community of Ava, its merchants and the association.