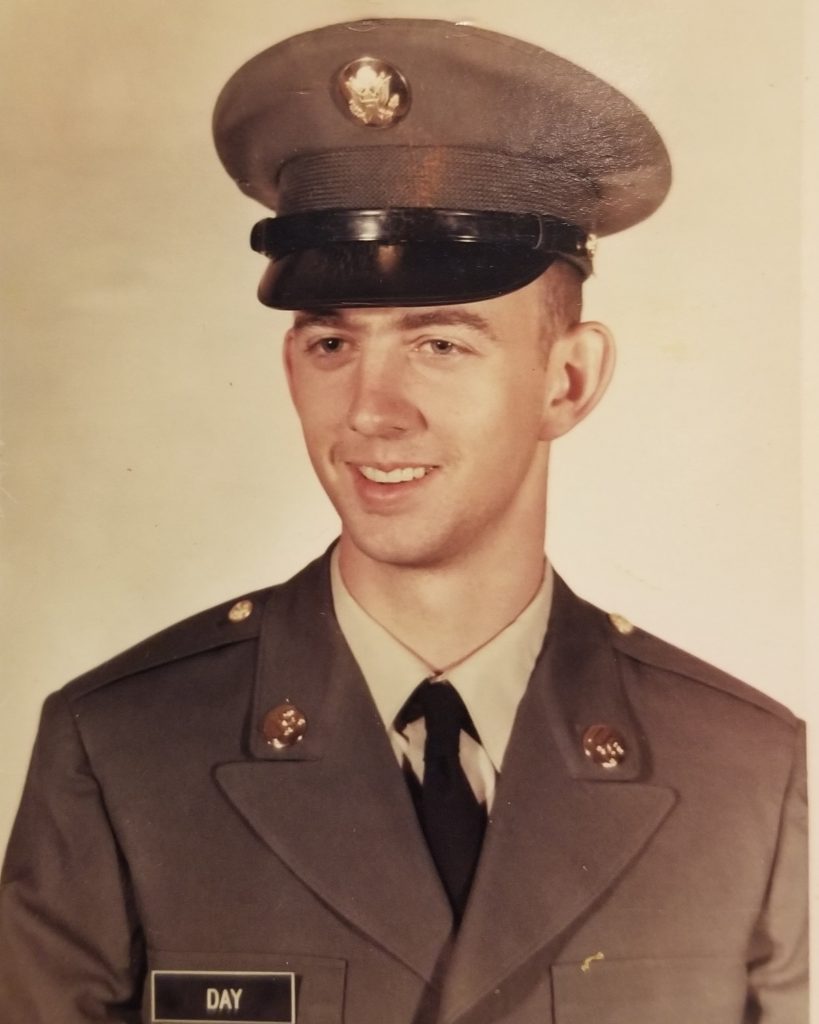 Harold Dale Day, 71 years, 1 months, 16 days old, died peacefully and painlessly in hospice care at his home in Ava on August 11, 2020, as he was held by his daughter, Gwen, and grandson, Evan.

Harold was a U.S. Army Veteran, having been drafted into the Vietnam War. He served from 1969 to 1971, first as a tank operator in the 1st Calvary Division, then as a sniper in the 101st Airborne Division. Shortly before Harold’s tour was to end, he fought in, and survived, the siege of Firebase Ripcord, one of the deadliest battles of the Vietnam War.

Harold moved to Kansas City after the war, where he worked for General Motors for ten years. In 1986 he moved to Houston, Texas, where he worked as an auto body technician at a number of car dealerships before opening his own body shop in Stafford, Texas. After his daughter graduated from high school, Harold moved to the Dallas area. He also lived in Killeen and Waxahachie, Texas.

Harold retired and moved back home to Ava in 2009. He eventually bought a piece of land with a huge shop, where he enjoyed restoring classic cars, repairing or repainting family and friends’ vehicles, and, best of all, rebuilding a 1987 Chevrolet Monte Carlo SS into an award winning hot rod.

He was a loyal friend and fiercely protective of his family. Gwen is his Daddy’s Girl and no father and daughter were ever closer. His love for his daughter was only eclipsed by his love and pride for his only grandchild, Evan. He made fast friends everywhere he went, and especially with fellow Vietnam veterans and Firebase Ripcord survivors, game hunters, and “old, hot rod car” enthusiasts. He also loved to share his “famous” recipes for deer sausage and wild boar jerkey with anyone who mentioned they liked to cook.

Although he is gone and will be terribly missed, Harold will continue to live on in others. His daughter and grandson share his love of classic cars and hot rods. His will always be remembered by those he helped to get back on their feet and turn their lives around. And he will live on in more than 70 strangers that were healed of their disability or disfigurement with the gift of his tissue and bone donation.

Harold was preceded in death by his parents Charlie and Carmen (Trent) Day; sister, Nadine (Day) Haskins; brother, Arnold Day; a niece and a nephew; and several first cousins.

A procession of “old, hot rod cars” gathered at Clinkingbeard Funeral Home on Saturday, August 15, 2020 at 12:45 p.m. to join Harold for his final cruise around the Ava Square in his beloved yellow Monte Carlo SS.

Memorial Graveside services  followed at 1:00 p.m. in the Ava Cemetery with military honors by the Troy Herd American Legion Post 112 and U.S. Army.  Officiating was Rev. Robert Roberts. Memorials may be made to the family’s ancestral church and burial ground, the Walnut Grove Cemetery.  Services were conducted by Clinkingbeard Funeral Home, Ava, MO. Online condolences may be made to www.clinkingbeardfuneralhome.com.