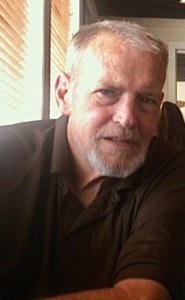 David E. Kelly of Independence, Missouri left this earth on July 29, 2020. Visitation was 9:00 am on August 7th with memorial service at 10:00 am at Newcomer’s Noland Road Chapel. Internment with Military honors followed  at Woodlawn Cemetery in Independence.

David was born on December 24, 1945, in Roy, MO to Earl and Mae (Bass) Kelly. He was raised in Douglas County, MO and graduated from Ava High School in 1964. He enlisted in the Army from 1968-1971. His first marriage was from 1967-1990, with two children; Mike Kelly and Kathy (Kelly) Barnes. He was an employee of the Sibley Power Plant of KCP&L from 1975 until he retired in 2005. David was an avid fisherman and hunter. He loved the outdoors. He enjoyed spending time with his family and friends. David remarried on October 11, 1991 to Patsy Pickering of Independence. They spent most of their weekends of their early years together at Pomme de Terre Lake where they purchased a lake home. Here he enjoyed spending time with his children, Patsy’s son and family and ALL of his grandchildren. It is here that he taught his wife Patsy how to fish.

David was preceded in death by a younger brother, Larry Wayne Kelly, his parents; Earl and Mae Kelly, and his great- granddaughter, Ryleigh. He is survived by his wife Patsy of the home; son, Mike Kelly and his spouse Charlotte of Blue Springs, MO; daughter, Kathy (Kelly) Barnes and her spouse JC of Buckner, MO; stepson, Chris Yocum and his spouse Angie of Lake Lotawana, MO; brother, Alan and his spouse Donna of Ava, MO; sister, Jean (Kelly) Christensen and spouse Allen of Norwood, MO; and sister, Peg Kelly of Blue Springs, MO; Grandchildren, Shelly, Ryan, Jeremy, Nathan, Josh and Kelsey; Great-Grandchildren, Trenton, James and Jayde.