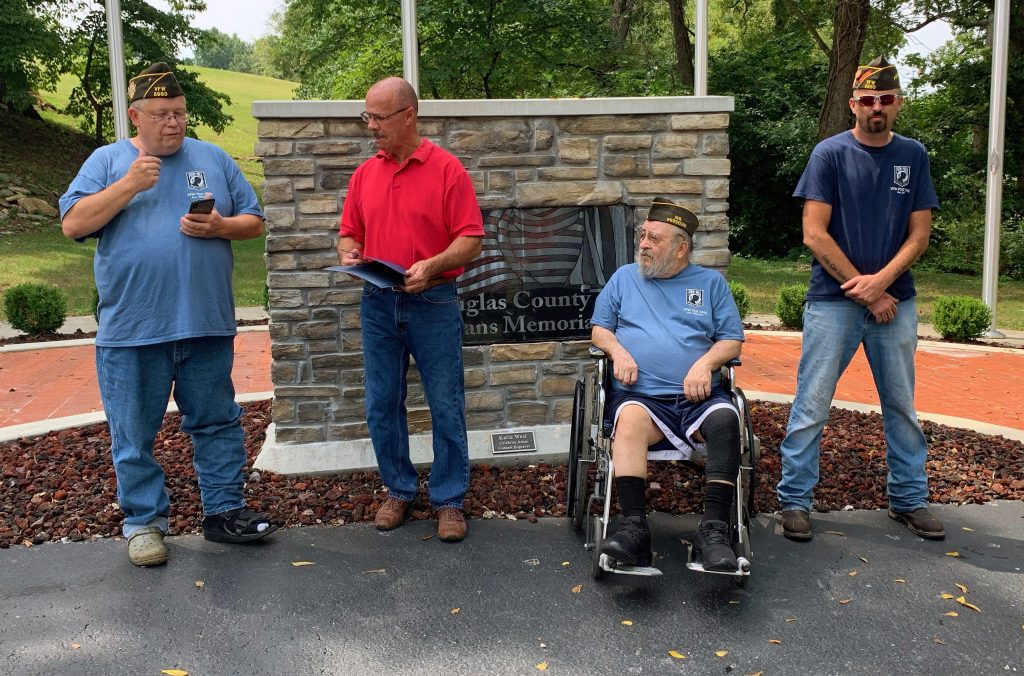 Friday, August 7, 2020, was National Purple Heart Day and the Ava Russell T. Scott Veterans of Foreign Wars Post 5993 and Ava paused to acknowledge and remember the sacrifices made by our brave men and women who served our nation during very difficult times.

The Purple Heart Medal is presented to United States service members who have been wounded or killed as a result of enemy action.

According to the National Purple Heart Honor Roll, more than 1.8 million Purple Heart Medals have been presented to service members of their surviving families since 1932.

The original Purple Heart, designated as the Badge of Military Merit was established by George Washington, then Commander in Chief of the Continental Army on August 7, 1782 for bravery.

The Badge of Merit was only awarded to three Revolutionary War soldiers by George Washington himself.

After World War One, an effort was made to create a Purple Heart Medal to honor those wounded in action as a replacement for “wound chevrons.”

By Executive Order of the President of the United States, the Purple Heart Medal was authorized on the 200th anniversary of George Washington’s birth, out of respect for his memory and military achievements.

Today’s Purple Heart Medal for wounds or death as a result of enemy action was approved February 22, 1932.

The first is a recipient of four Purple Heart Medals from his service in the U. S. Marine Corps in Vietnam.

Freddie Weahkee was honored on behalf of all those killed and wounded during the Vietnam War.

Freddie was wounded multiple times, but did not always seek aid.

Freddie served in the United States Marine Corps from September 1965 until May 1970.

The second veteran honored was Joshua Swainston. Swainston earned his Purple Heart Medal for military merit and wounds received in action on November 17, 2009, in Afghanistan, while serving as an infantry soldier in the United States Army. Swainston was wounded in action on his third combat tour of duty and served with 2nd Battalion, 1st Infantry Regiment, 5th Brigade Combat Team, 2nd Infantry Division at the time he was wounded.

Josh served in the United States Army from February 2002 until November 2011.

Swainston was honored on behalf of all those wounded or killed in action in the Global War or Terrorism.

It’s important to remember that our Freedom is not Free and to always be grateful to those who have been wounded or paid the ultimate sacrifice.