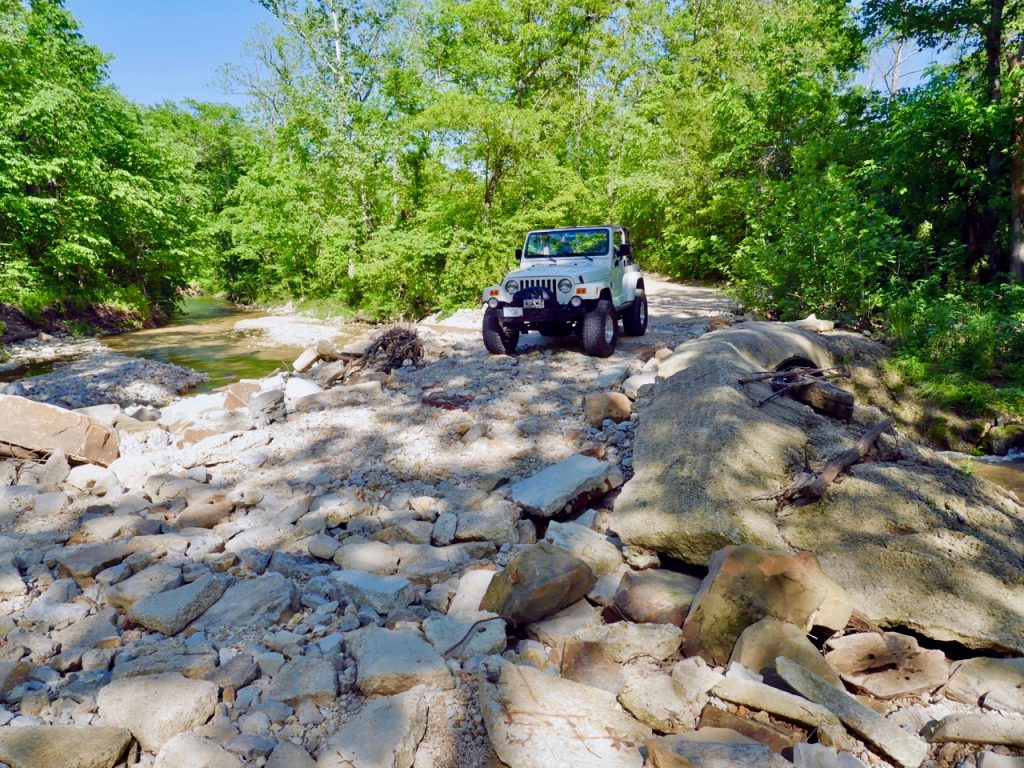 Michael Boyink/Herald Author’s vehicle parked on a rocky water crossing on Douglas County road 14-529. The next driver shifted his truck into four-wheel-drive to cross.

We’re not done with elections this year.

While the June 2nd Municipal Election settled races for the Ava R-1 School Board and Ava City Aldermen, there’s another election coming up.

On August 4th, Missouri will hold a Primary Election. Voters will have the opportunity to vote for state-level positions including Governor, Treasurer, Attorney General, U.S. Representative, and State Senator.

Most of the local buzz is around the latter positions.

Douglas County will be electing Commissioners for Districts One and Two.

District One is mostly the western third of Douglas County including Spencer, Buchanan, Lincoln, Washington, Findley, and Benton townships. District Two is everything else.

County Commissioners are responsible for the condition of the roads in their district.

And, if you just got here, people generally have strong feelings about the roads in Douglas County. Posts in a couple different related Facebook groups have ranged from  understanding to vitriolic.

In hopes of helping residents understand the entire road situation, and also help voters make a decision on August 4, the Herald will be looking at the road issue over the next several weeks. In addition to seeing where the recently-passed road tax dollars are going, we’ll look at other ways Douglas County gets money to spend on roads, how road improvement projects are inventoried, prioritized, and completed. We’ll compare our roads to the surrounding counties.

In September of 2018, the Douglas County Commissioners decided to place a sale tax increase question on the November ballot.

According to the Herald article from September 19, 2018, “Commissioners acknowledge funds are not available to adequately improve the county road system and make structural changes as presently needed.”

The commissioners said the sales tax monies would be earmarked “solely for road improvements and maintenance,” and not for “salaries, equipment purchases, or any other items.”

Voters approved the tax, and the county started collecting it on April 1, 2019.

How much money has the tax raised, and what has the county spent it on?