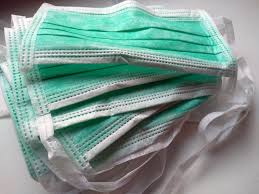 There are some interesting similarities between Missouri’s governor and the nation’s president in dealing with COVID-19.

Their refusal to wear face masks is the most visible.

Asked why in early April, Parson suggested he was protected because of office restrictions.

“We took every precaution here at the governor’s office. We’re limited to how many people that even come to the office. We know who comes in here every day.”

But, the primary purpose of a non-medical face mask is not to protect the wearer, but rather to protect people around the person wearing the mask who might, unknowingly, be infected with COVID-19.

A day later, that point was made emotionally clear in the House chamber by Rep. Dave Beck when he noted the growing number of members without masks who risked returning to their district with COVID-19 infections from the statehouse.

Initially, the legislature had been disciplined to avoid person-to-person spread. Legislative leaders urged schools to stop bringing groups of students to the Capitol.

The House even restricted the number of members who could be in the chamber at the same time.

But when lawmakers returned after their extended break, the number of members wearing face masks declined at the same time Missouri’s infection rate was rising that first week.

Eventually, despite sitting at desks just a couple of feet apart, a majority were not wearing masks.

It was not a partisan issue. I saw increasing numbers of both Republicans and Democrats without masks in the chamber.

Another COVID-19 similarity with Trump and Parson has been shifting COVID-19 responsibility to local governments.

Trump argued that it is up to the states to deal with access to medical supplies.

It became an issue when video of a jammed pool at a Lake of the Ozarks bar on the Memorial Day weekend got national attention.

The crowd was in clear violation of the state Health Department’s social-distancing order for individuals as well as businesses.

But Parson kicked the enforcement can down to the locals.

“It’s to the local levels, the local health departments to go. There’s an action they take to the courts if they want to get something done,” Parson told reporters.

Later, he called his Health Department’s orders that include six-foot social distancing just “recommendations” and “guidelines” that local health departments could use to seek court orders.

But the Health Department director’s “Order” specifically cites state law for which violation is a class A misdemeanor crime with a potential sentence up to one year.

That means enforcement can be pursued by prosecutors and police, including the state police.

There’s no greater demonstration this is a statewide enforcement issue than that the first person testing positive for COVID-19 who at been at that lake-bar gathering came from Boone County – some 80 miles away from the lake bar.

Although the bar owner claimed “no laws were broken,” the Health Department’s order requires businesses to “abide by social distancing requirements.”

Lake of the Ozarks is not the only demonstration of disregard of the Health Department’s order.

On May 28, Jefferson City’s local newspaper put on the front page a picture of public school students lined up on shoulder-to-shoulder on a street sidewalk to celebrate their graduation in clear violation of the Health Department’s distancing order.

“What they decide to do on the local levels is up to them. That’s their businesses that’s their people there. Their economy depends on a lot of that. You know that’s got to be a decision people back there make…I trust the people in those positions,” Parson told reporters on May 27.