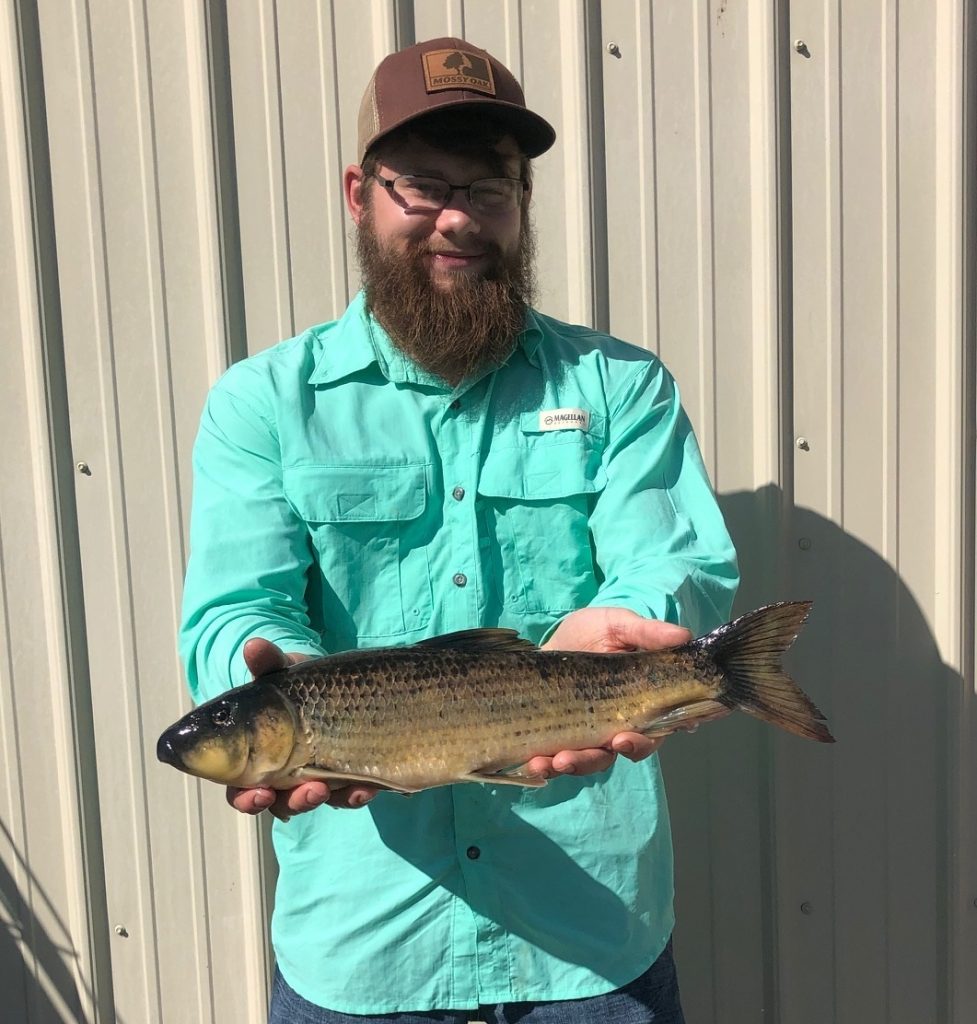 JEFFERSON CITY, Mo. – The Missouri Department of Conservation (MDC) congratulates John Garver of Williamsville for shooting a new state-record spotted sucker while bowfishing. Garver, whose record falls under alternative methods, shot the 3-pound, 6-ounce fish at Duck Creek Conservation Area north of Puxico May 1. His record beat the previous record under alternative methods by more than a pound.

“I was out with some friends and family bowfishing when I just happened across it,” recalls Garver. “I got to looking at it and thought it might be a state record. So, I took it home and later called my conservation agent.”

The fish was weighed on a certified scale in Wayne County. It’s the 7th state-record fish caught in 2020.

While not his preferred method of fishing, Garver said bowfishing is definitely one of the most fun.

“I really enjoy bowfishing and it’s always a good time,” he said. “Especially at Duck Creek. The water is so clear you can see the fish so well. The fisheries are amazing there. It’s something else.”

Garver noted his spotted sucker is currently in his freezer as he decides whether he’ll mount it.