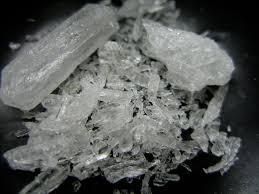 SPRINGFIELD – A Springfield, Missouri, woman pleaded guilty in federal court last week to her role in a conspiracy that distributed at least 4.5 kilograms of pure methamphetamine in Laclede County, Missouri.

Deidra C. Mathews, 44, pleaded guilty before U.S. District Judge M. Douglas Harpool to participating in a conspiracy to distribute methamphetamine in Laclede County from Nov. 28, 2018, to May 21, 2019. She remains in federal custody pending a sentencing hearing.

Mathews was arrested on April 22, 2019, when a Laclede County sheriff’s deputy stopped a vehicle in which she was a passenger. Co-defendant Rondell D. Hodges, 36, of Lebanon, Missouri, was driving a Chevrolet Malibu with expired license plates on Highway OO near Lebanon. Hodges was unable to produce proof of insurance or a driver’s license. Both Mathews and Hodges had warrants for their arrest. Mathews attempted to run from the deputy, but was apprehended after a short foot chase. Deputies found multiple bags of methamphetamine, totaling 501.46 grams, that had been thrown from the vehicle.

Under federal statutes, Mathews and Hodges each are subject to a mandatory minimum sentence of 10 years in federal prison without parole, up to a sentence of life in federal prison without parole. The maximum statutory sentence is prescribed by Congress and is provided here for informational purposes, as the sentencing of the defendant will be determined by the court based on the advisory sentencing guidelines and other statutory factors. Sentencing hearings will be scheduled after the completion of pre-sentence investigations by the United States Probation Office.