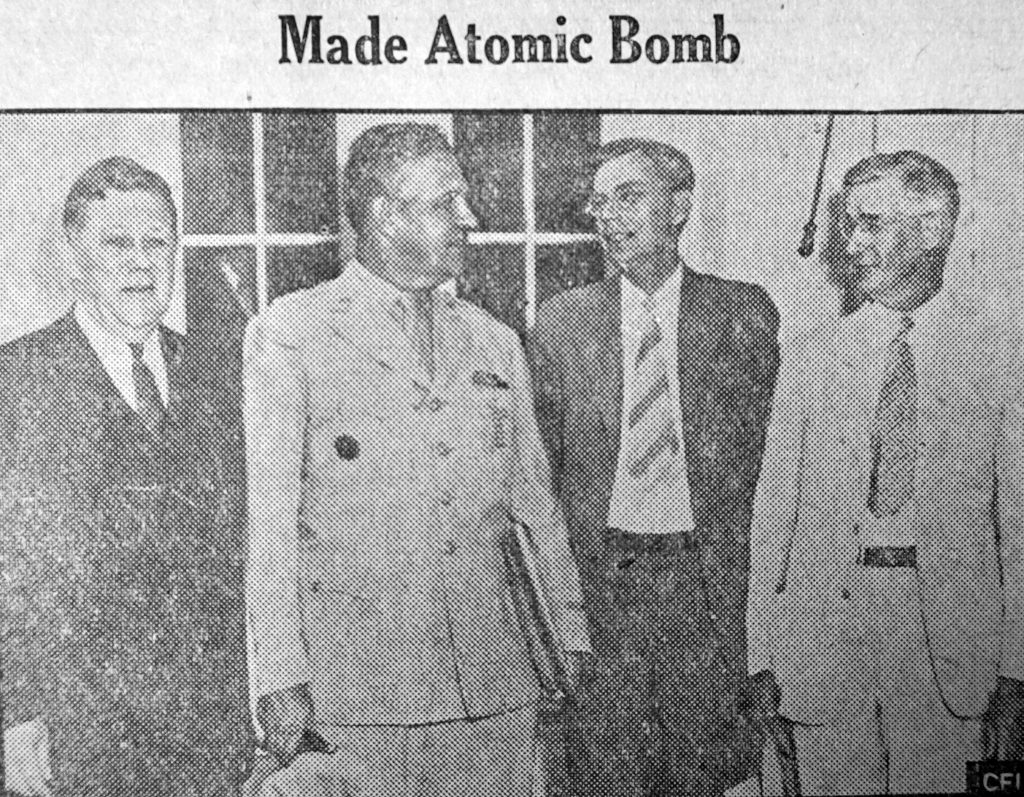 WASHINGTON, D.C – Soundphoto – President Harry S. Truman conferred with the men who made the atomic bomb shortly after the U.S. Air Force struck its second blow with the world’s deadliest weapon against the Japanese city of Hiroshima. Photo shows left to right: George L. Harrison, special consultant to the secretary of war; major General Leslie Groves, who had been in charge of the atomic bomb production; Dr. James Conant, of Harvard University; Dr. Vannevar Bush, scientist in charge of the basic research of the bomb.