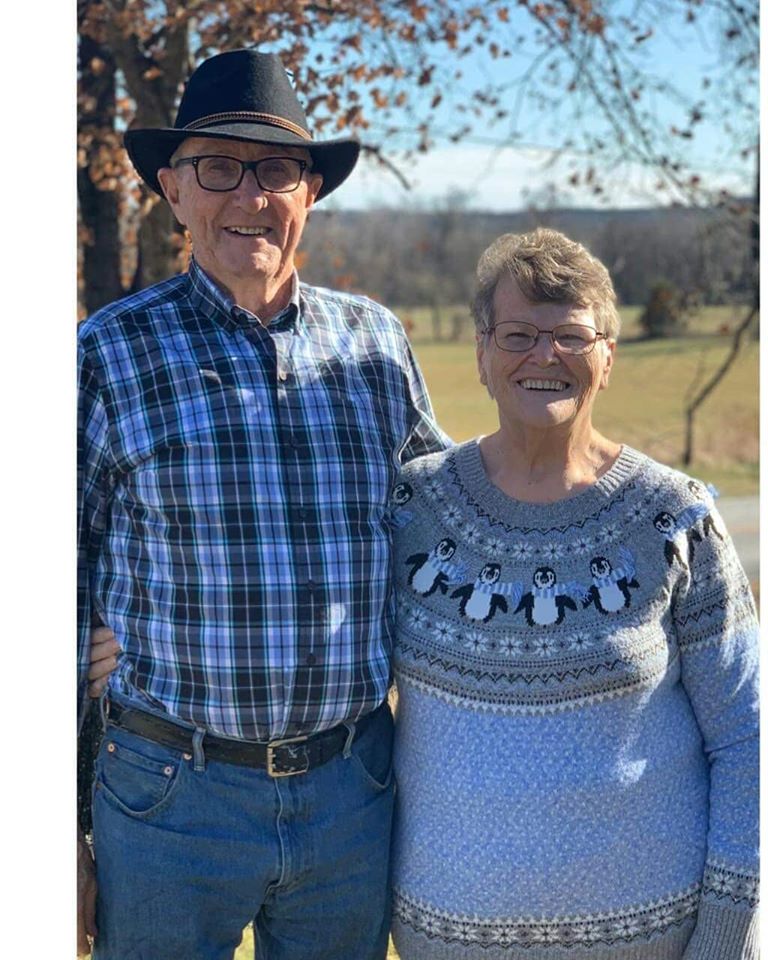 In September 2012, the second Sunday of the month, Ed Hunsaker became the pastor of Protem Community Church, along with his wife, Leona, who became the piano player for the church.  From that day forward, we were blessed by his leadership as pastor, music director, and hands-on whatever needed to be done.  Ed sang many solos and also, he and Leona sang together as they had done for many years.  As time passed, we met the entire family of Hunsakers, very talented singers and speakers.  The Hunsaker family was a well known group that sang at many venues during the preceding years.

The Hunsaker family grew up around the Bradleyville area as this was the area where Ed and Leona spent childhood and adult life.  They both had fathers that were pastors and this lead to a friendship, singing together at churches, and many other venues where requested.

They married, had children, and thus the musical talent of the Hunsaker family became known and was used to glorify God wherever they performed.

Ed is the name we called him in a personal conversation, but we soon learned that hundreds of his friends called him Eddie and that is how  he is known in the Bradleyville area.

Ed worked at several jobs before becoming a superintendent for a rock crushing construction company.  He was doing very well when one night, away from home, in a small cabin with his wife Leona, he heard the voice of God telling him to quit his job and follow Him. He obeyed.  The next morning, he quit his very-good job and obeyed God.  This was the beginning of the man we call Pastor Ed, and Leona, his greater supporter.  When he came to this church, his mission was to unite the churches and community of Protem.

During these years, he has been at the forefront of uniting churches in the entire Ozark area.  He also is a strong supporter of the Men’s Prayer Breakfast (approximately 10 churches) that meet at different churches the second Saturday morning each month.

He has worked hands-on with meals for seniors which serves a meal each Tuesday at the Youth Center (the old Brown’s Ferry Store building on Highway 125. He resigned as Pastor, with June 7 being his last message as Pastor.  He has been the pastor of other churches, and when God tells him his work is done, it is time to move as God has directed.

His quote is, “I do not know what God has in mind for us and we will do as He directs”.

As a congregation, we are saddened to see them go but we are grateful for the time God put them in our lives.  We are happy that they can travel in good health to visit their family and friends.  We will search, as God directs, for a Pastor to fill a vacancy.