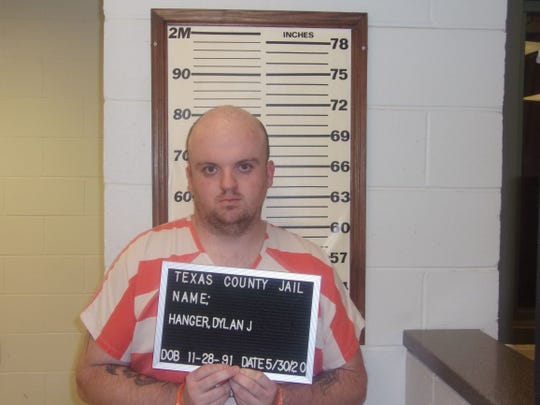 Photo Texas County Jail Dylan J. Hanger, of Mountain View, has been arrested and charged with second-degree murder and tampering with physical evidence.

A Mountain View man has been charged with murder in the disappearance of Brittany Gorman, age 29, of Texas County, Missouri.

According to the report, Dylan Hanger, 28, of Mountain View, led investigators to a site in the Mark Twain National Forest in Ozark County where it is believed the victim’s remains had been placed.

Hangar was arrested on Saturday, May 30, and charged with second-degree murder and tampering with physical evidence.  He is being held in the Texas County Jail without bond.  Charges were filed by Texas County Prosecuting Attorney Parke Stevens, Jr.

On May 21, Gorman’s pickup truck was found abandoned at Buck Hollow on the Jacks Fork River, and according to reports, blood evidence was found.