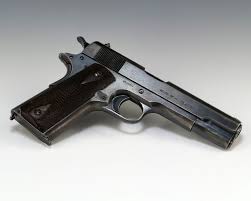 The regulation change does NOT ban any specific make or model of firearm.

JEFFERSON CITY, Mo. – The Missouri Conservation Commission approved an updated definition of a pistol/handgun from the Missouri Department of Conservation (MDC) for the Wildlife Code of Missouri at its May 28 meeting in Jefferson City.

The change provides a formal definition of handguns used for hunting during the alternative-methods portion of the fall deer-hunting season.

Originally called the “muzzleloader portion” of the fall firearms deer season, the portion was renamed “alternative methods” in 2012 and MDC added several hunting methods to provide greater opportunities for hunters. Under the Wildlife Code, methods allowed to take deer during the alternative-methods portion include muzzleloaders and archery methods, crossbows, atlatl, handguns, and air powered firearms .40 caliber or larger.

Long guns, such as rifles and shotguns that fire modern ammunition, are not allowed methods during the alternative methods portion, but are allowed during the other portions of the firearms deer-hunting season.

“With gun manufacturers creating new versions of and adaptions to firearms such as AR-style handguns and shortened versions of AR-15-style rifles, we needed to establish a clear definition of what a handgun is for hunting during the alternative-methods portion of the deer-hunting season,” said MDC Protection Chief Randy Doman. “We’ve had situations where hunters were confused about what defined a handgun and asked for clarification.”

Doman added that the proposed change does NOT prohibit the use of an AR-15 pistol.

“The updated regulation clarifies what a handgun is for deer hunting during the alternative-methods portion,” Doman explained. “We want hunters to be able to confidently identify what handgun configurations, with or without the addition of braces or other accessories, are legal to use during this portion of the deer hunting season. The essential distinguishing characteristic of a handgun is its ability to be operated with one hand, although a second hand can be used as a brace. Any firearm with a total length of over 26 inches is considered a rifle.”

The Commission considered and adjusted the definition based on public input received during a formal comment period in April.

The updated MDC definition of a handgun is, “Any firearm originally designed, made, and intended to fire a projectile (bullet) from one (1) or more barrels when held in one (1) hand, and having a short stock designed to be gripped by one (1) hand at an angle to and extending below the line of the bore(s), with a barrel less than sixteen inches (16”) in length, measured from the face of the bolt or standing breech (excluding any muzzle device not permanently attached to the barrel), and an overall length less than twenty-six inches (26”) as measured between the muzzle of the barrel and the rearmost portion of the firearm (excluding any pistol brace, muzzle device, or other firearm accessory not permanently attached to the firearm). The use of a pistol brace is specifically authorized, and a second hand may be used for support when firing.”

“There are several meanings of ‘handgun’ in common usage, which is confusing for hunters and Department staff,” Doman said. “Our updated definition incorporates relevant portions of the definitions from the Federal Bureau of Alcohol, Tobacco and Firearms, and statutory firearms definitions to establish one, consistent definition for hunting during the alternative methods portion of the firearms deer season.”

Doman added that the updated definition of “handgun” does not impact the right to own or possess firearms and is not intended to prohibit the use of AR-platform handguns that meet the barrel and overall length requirements.  It also does not prohibit the use of pistol braces.  The definition is intended to clearly define a legal hunting method during the alternative-methods portion of the firearms deer hunting season.