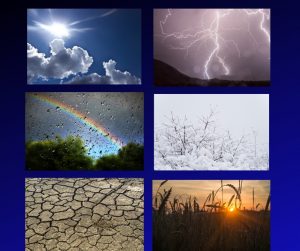 At some point during the month of May most of us probably revisited our youth and those rhyming school day lyrics, and the chant we’ve all heard before,  “Rain, rain, go away.  Come again another day.”

According to the May weather summary report provided by local weather contact Billy Long, Ava recorded a rainfall total of 12.79 inches last month.  Rain, whether a light drizzle or a downpour, fell for a total of 15 days during the month of May.  The longest span of consecutive days without drizzle or rain was a period of four days from May 18 to May 21st.

Temperatures during the month were also in flux as the first day of May was a summer-like 82 degrees.  On May 4th, however, the daytime high was 64.5º – almost 18-degrees cooler. And, for the next few weeks, temperatures continued to be a roller coaster of highs and lows.

The Ava / Douglas County area experienced severe weather May 4, and on May 14-15, the area was hit by severe storms and flooding.  As rainfall continued to fall, and 2.76 inches of rain was recorded on May 17, flooding continued through the weekend. Local streams overflowed, and grounds were saturated.

Early in the month, on May 4, storms hit eastern Douglas County with damage to the area, and across northern Howell County. High winds damaged and twisted trees, and according to the weather service, structures were also affected in an area from Highway AW, two miles in from the Douglas County line.   On May 14, storms once again hit Ava and surrounding areas, producing hail, wind damage, and heavy rains, bringing cooler temperatures and a high of only 67º on May 15.

As May closed out last week, days settled in with temperatures in the low-80s, and sunshine.