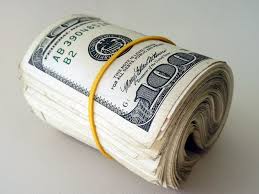 “It goes without saying that COVID-19 has had severe impacts on our anticipated economic growth. This is truly unlike anything we have ever experienced before, and we are now expecting significant revenue declines,” Governor Parson said.

Between March and April alone, Missouri saw a decline of over 300,000 jobs – a decrease of over 10 percent. This drop takes the state back to employment levels last seen in 1996. Missouri’s unemployment rate, which has been at near-historic lows for much of Governor Parson’s administration, rose from 3.9 percent to 9.7 percent in April.

“We could have never imagined that this is where we would be today, but we’ve had to face the reality of the situation and make some extremely difficult decisions regarding our state budget,” Governor Parson said. “We have already had to withhold over $220 million dollars due to budget concerns resulting from COVID-19. In addition to these restrictions, we will be restricting another $209 million dollars in June.”

“I have always been a strong supporter of education, and these were extremely difficult decisions I never thought I would have to make,” Governor Parson said. “As difficult as these decisions are, we are experiencing an unprecedented economic downturn, which means we are having to make unprecedented adjustments in our budget.”

“It is important to make these decisions now so school districts can adjust before next school year,” Governor Parson continued. “Our intent is to withhold now and avoid withholds once school begins.”

In order to be as fair as possible, Governor Parson has waived Section 163.031.7, RSMo. This statute grants some school districts a “hold harmless” status and allows them to not be affected by a budget shortfall. The waiver of this statute means hold harmless districts are not exempt from these withholdings. All local education agencies, including charter schools, will share proportionately in this budget shortfall.

To help a majority of school districts in the short term, Missouri will be able to utilize $187 million in federal CARES Act funds distributed as Title 1 dollars.