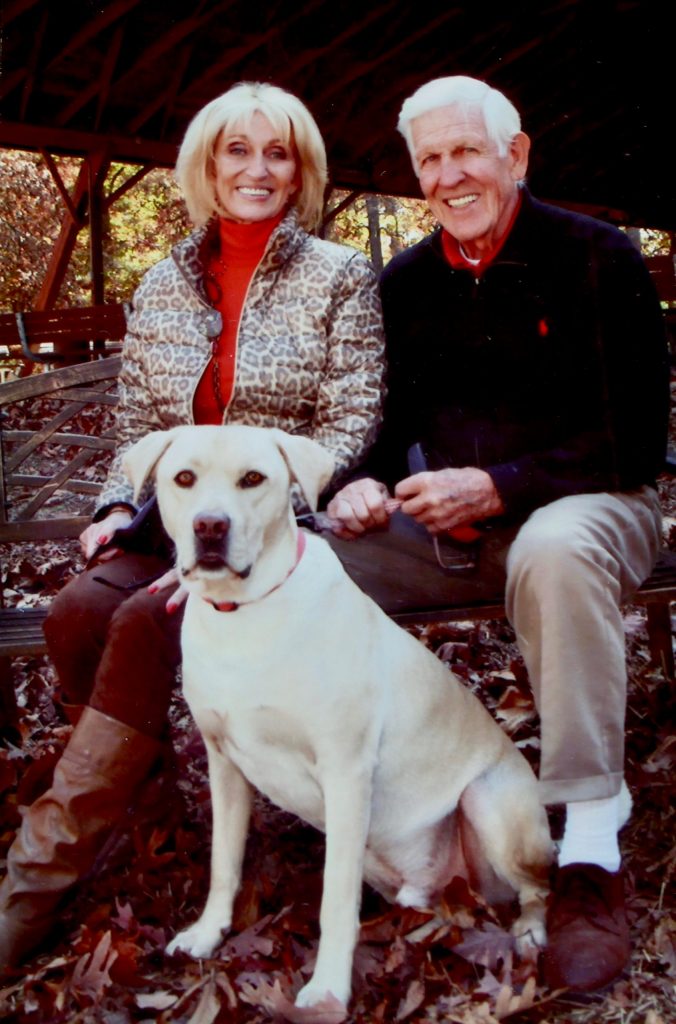 As a participant in the Missouri State Senior Games, Ed Storey has earned many medals as a competitor in the annual event.  Ed, an Army veteran who was once considered by the Chicago Cubs, is an avid enthusiast that vies for a win in life and on the court.  In the Senior Games, Ed competes in the 85-90 age bracket.

Ed is the first to admit, however, it isn’t the medals that motivate his spirit –– it’s the friendships and camaraderie. The opportunity to meet and become acquainted with others his age.

Many Douglas County residents will not know Ed, but they may remember Ed’s wife and her family, the Singletons.  Ed is married to JoAnne (Singleton), a 1958 Ava High School graduate who grew up on east Highway 14.  Jo’s parents were the late Clarence and Doris Singleton of Ava, and Jo is the sister of Evelyn Cantwell, of Ava.

In 2019, Ed was recognized in the Jefferson City News Tribune Active Life section, for not only competing in the Missouri State Senior Games, but also for his volunteer spirit, which includes rescuing dogs, as well as serving on the CASA board, an organization that supports neglected and abused children.

Throughout the years, Ed has shown an initiative to step up and give back to community.  A trait demonstrated in his professional career path as well as his life. His entrepreneurial spirit was the foundation for his development ventures that began in the early 1960s.  He was on the cutting-edge with sport-focused businesses such as driving ranges, machine gun galleries, baseball practice machines, arcades, and miniature golf.   He also worked in real estate and served as a manager in the automotive industry.

According to the article appearing in the Jefferson City News Tribune, Ed had an opportunity to sign with the Chicago Cubs at age 17.  But, during batting practice with the team at Wrigley Field, Ed had the misfortune to throw a wild pitch that hit Mickey Owen, a major leaguer from Nixa, Mo.  Ed’s promising career ended that day.

As Ed continues to practice his skills, he always has time for wife, Jo, his children and family.   In addition to family and volunteering, Ed also has a devoted companion, a yellow Labrador retriever named Tripper, who stays by his side.

In November 2019, under the Show-Me State Games & Missouri Senior Games, Ed was inducted into Missouri Sports Hall of Fame.