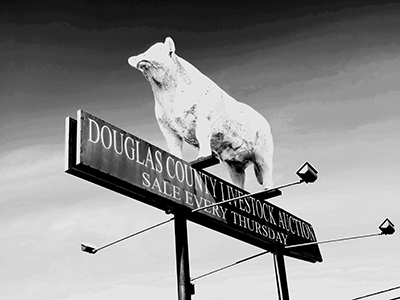 JOPLIN, Mo. – The May 15 Show-Me-Select Replacement Heifer Sale at Joplin Regional Stockyards saw a large turnout and active bidding on most lots, according to University of Missouri Extension livestock specialist Eldon Cole. The 215 heifers averaged $1,687.

“The sale started off hot with four of the first six lots topping the $2,000 mark,” said Cole. The top price of $2,200 was paid for two red Angus heifers consigned by Kunkel Farms, Neosho. The buyer was Jordan Thomas, Columbia.

Later in the sale, the $2,200 mark was reached on four black baldy, AI-bred heifers from John Wheeler, Marionville. The buyer was Jim Honey, Carthage, a repeat buyer. Wheeler has sold in 32 sales at Joplin Regional Stockyards dating back to 2003.

The volume buyer was Steven Mattingly, Washburn, a first-time buyer who picked up 24 head of blacks and black baldies for an average price of $1,900. His selections came from Dale Rector, Rogersville; Marvin Phipps, Cassville; and Kathy Wheeler, Marionville.

Repeat buyers continue to be strong supporters of the sale, Cole said. Randy Probstfield, Verona, started buying at the SMS sales in 2010 and purchased five head at the May 15 sale. He said he keeps buying SMS heifers because of their consistency of performance and remembers having to give only one heifer an assist at calving. He likes to buy the red heifers and saves heifers from them to put back in his herd.

Mike Jones, Rogers, Arkansas, was a first-time buyer with six head. He said he plans to be a return customer. In addition to that, buyers were from Oklahoma, Kansas and on DV Auction from Indiana.

Even though the sale was held under unusual circumstances with the COVID-19 situation, sellers for the most part were pleasantly surprised with the turnout and the strength of the market, Cole said.

The next Show-Me-Select Replacement Heifer Sale at Joplin Regional Stockyards will be Nov. 20. The heifers in that sale are in the process of being bred.

For details on MU Extension’s Show-Me-Select Replacement Heifer Program, contact your nearest field specialist in livestock. Information on Show-Me-Select heifers and sales, held spring and fall, is at agebb.missouri.edu/select(opens in new window).