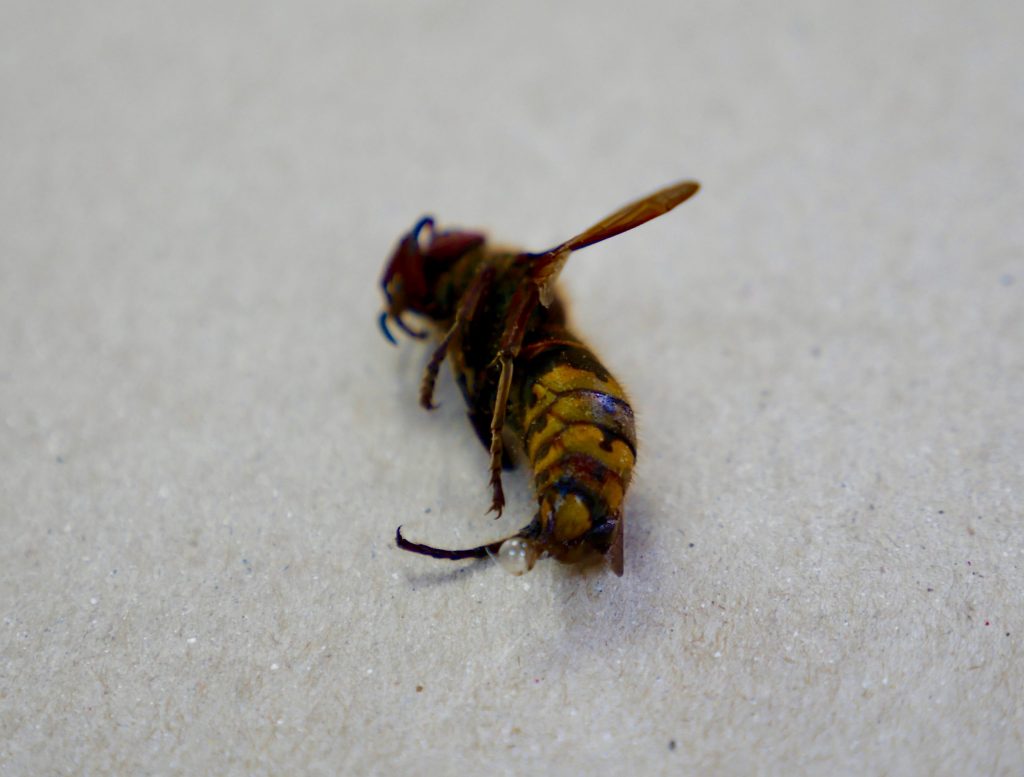 Thought to possibly be one of the “Murder Hornets” so popular in the news these days, turns out this one gets to plead guilty to the lesser charge of being a just a European Hornet. A Giant Asian Hornet (aka Murder Hornet) would be almost twice the size of this (around 2” in length), with a bright orange face vs. the dark face seen here. European Hornets build paper nests, typically in dark places. Stings from them do not generally require medical attention and are rarely serious, unless the victim is allergic. This specimen was found by Lewis Miller off Highway 76 East.