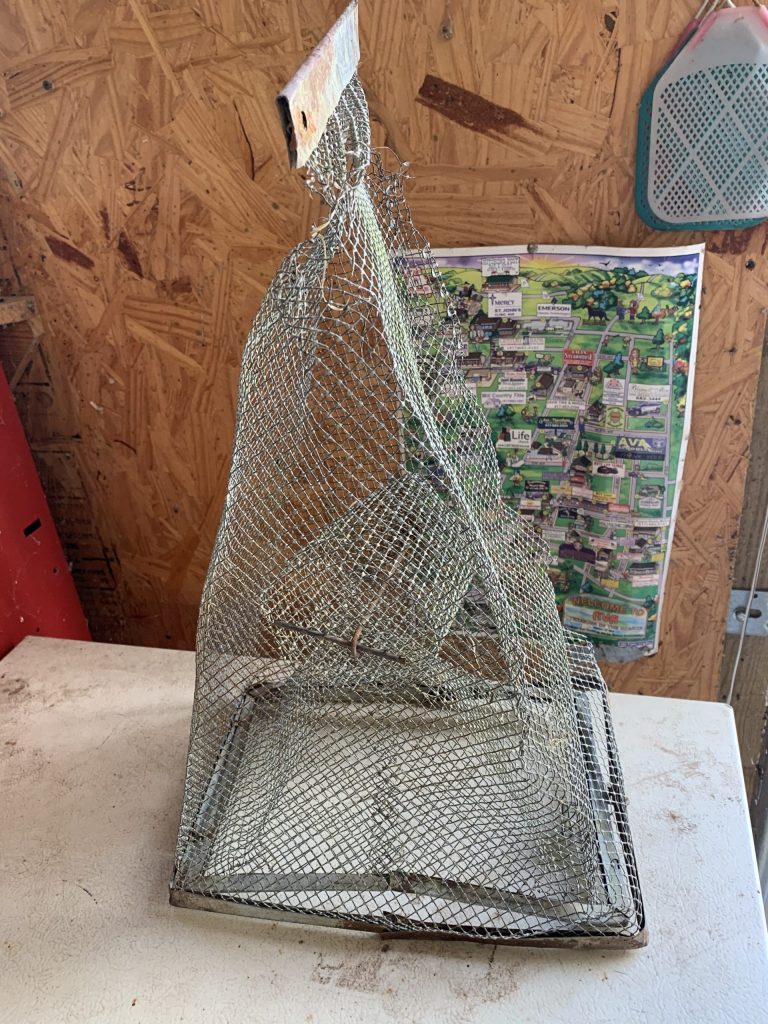 Photos from Ron Fleetwood Official patent drawings filed in 1959 by Franklin Thomas, the inventor of the unique minnow trap. The trap was designed and manufactured in back of his furniture store in Ava. Thomas Furniture was located where L & B Signs is today.

Not a lot of folks can remember back in the late 50s when Luther Thomas had a fabrication shop setup in the back of his furniture store on South Jefferson Street, just off the square in Ava.  In those days, Thomas Furniture was located in the building now occupied by L & B Sign Company.  This is where Luther and his wife Sona ran a furniture store for over 30 years. 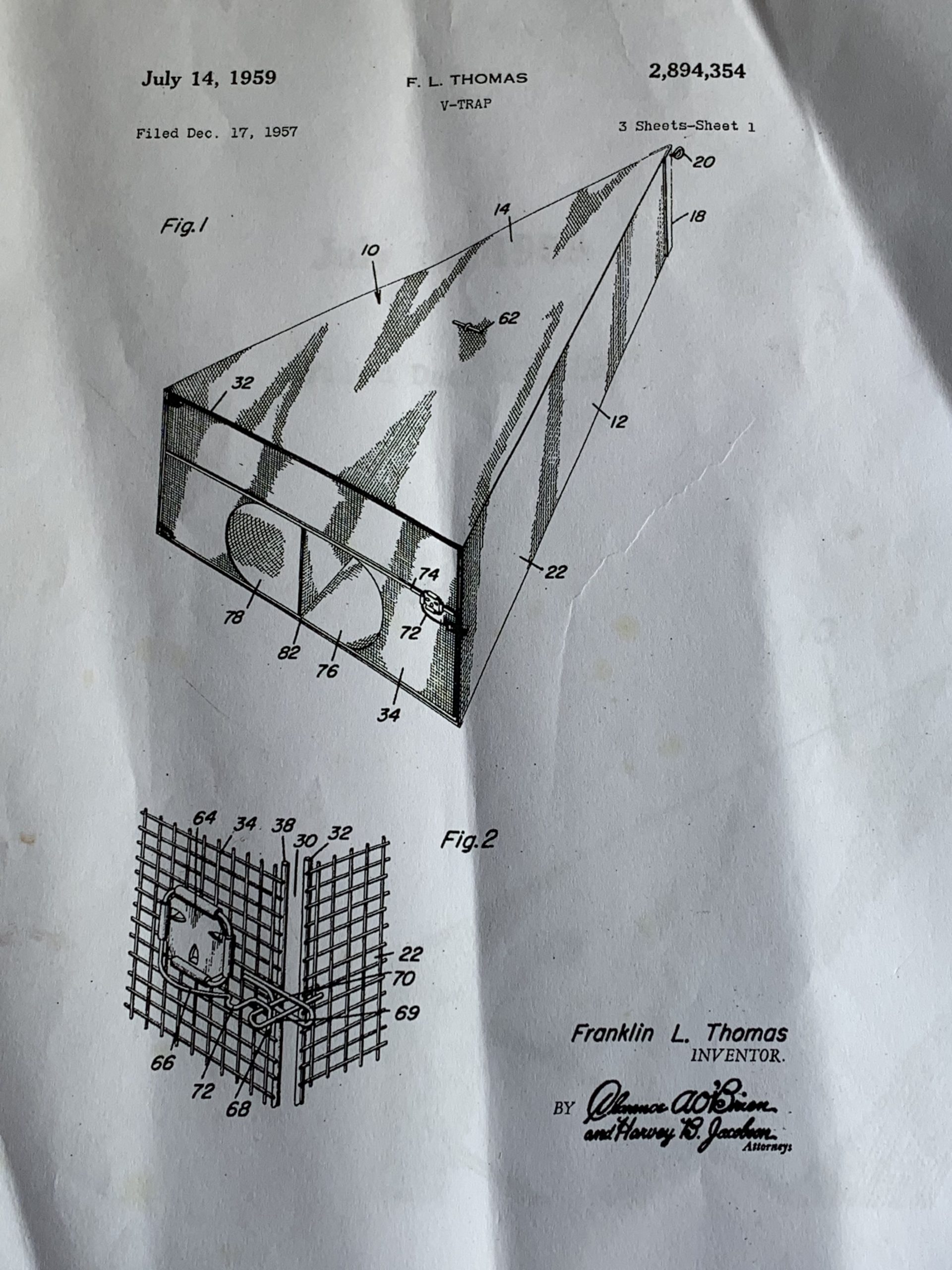 Back then, Luther manufactured products for the avid sportsman, a craft that included rod holders and minnow traps. His minnow trap was then, and still now, a different style than most.  Where most minnow traps are round/cylinders and can roll around and get out of position in the current found in our local streams, Luther’s design was in a “V” so the trap stayed down in swifter water and allowed minnows to swim upstream into the funnel’s end. The design also had a spring-loaded bait holder inside that allowed for easy re-baiting of the trap.  Luther applied for the patent on his trap design in December 1957, and was granted the patent July 14, 959. He manufactured the traps in the back of his furniture store until his death in 1965. Over the years, family members had managed to track down and hang on to several of his rod holders.  They also had the pattern for laying out the minnow trap and the “V” shaped form used by Luther to shape the traps, but for nearly 50 years the family was not able to locate one of the old completed traps.  Recently, however, Luther’s grandson Jeff Fleetwood ran across what he thought might be one of his grandfather’s traps. After acquiring the trap, Jeff and his brother Junior, discovered Luther’s patent number stamped into the metal on the tail piece of the trap. The trap was one of their grandfather’s, and he had made it sometime between 1959 and 1965. Luther was the father of Phyllis Fleetwood, Annavee Sallee, Versal Brixey and Ken Thomas. 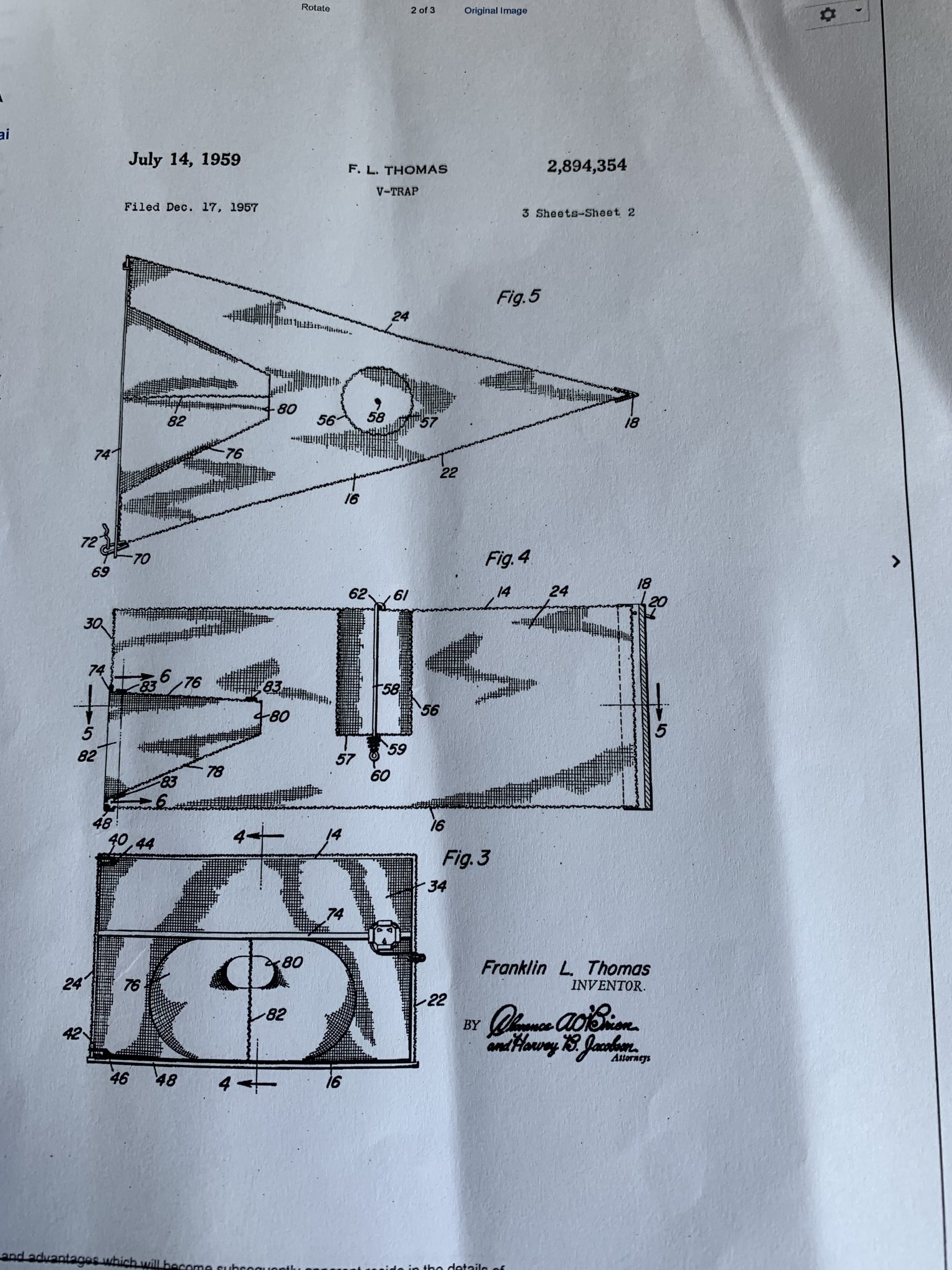 The cutting pattern and form for the trap, which is shown above, was found in a scrap metal pile at Barney Barnum’s garage several years ago.  Barney’s garage sat near my grandmother’s house, and she had given Barney all the metal pieces leftover after grandfather had passed.