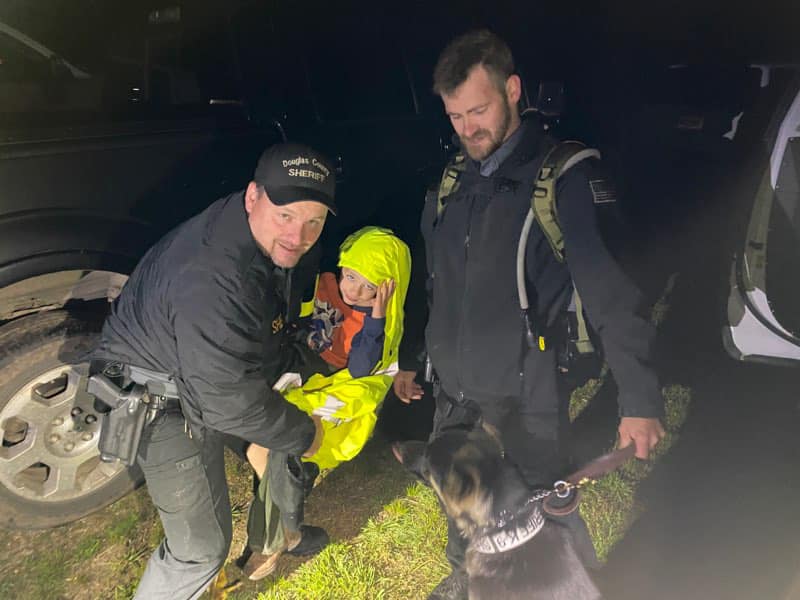 On Friday evening, May 8, the Douglas County Sheriff’s Office responded to a request for help in finding a lost juvenile missing in eastern Douglas County. According to the report, the youth became separated from his brothers while out in the woods. Approximately 150 citizens, first responders, firefighters and law enforcement agencies assisted in the search as well as Ozark and Howell County Sheriff officers, Mountain Grove Police Department, and many others. The Missouri State Highway Patrol participated in the ground search with Sgt. Hogue and Trooper D. Johnson, while the Patrol also facilitated an area search from the air. The six-year-old youth was found huddled under cedar branches, talking about mushroom hunting and an airplane flying overhead. Shown above is Sheriff Chris Degase, left, and Deputy Harley with new K9 Amigo.