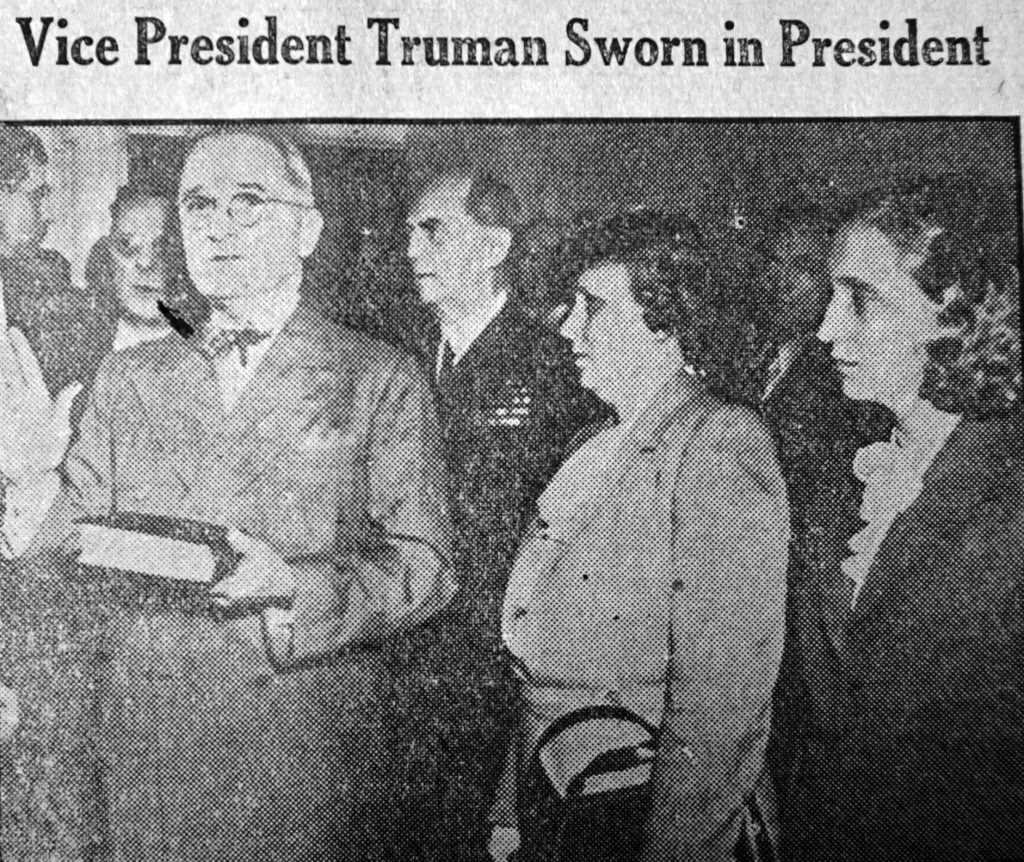 WASHINGTON, D.C. – Sound-photo – Following the sudden death of the late President Roosevelt last week, Vice President Harry S. Truman was sworn in as chief executive. Shown in the photo, made as the ceremony was performed, are, left to right: President Truman, standing behind Admiral of the Fleets Ernest J. King, Mrs. Truman and their daughter Margaret.