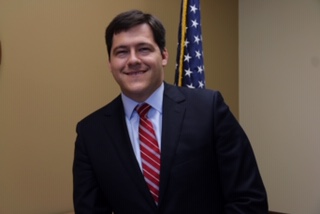 Mr. Caine, of Kansas City, currently serves as an Assistant United States Attorney for the Western District of Missouri. He holds a holds a bachelor degree in political science from Missouri State University as well as a masters degree in public administration and a Juris Doctorate from the University of Missouri- Kansas City.