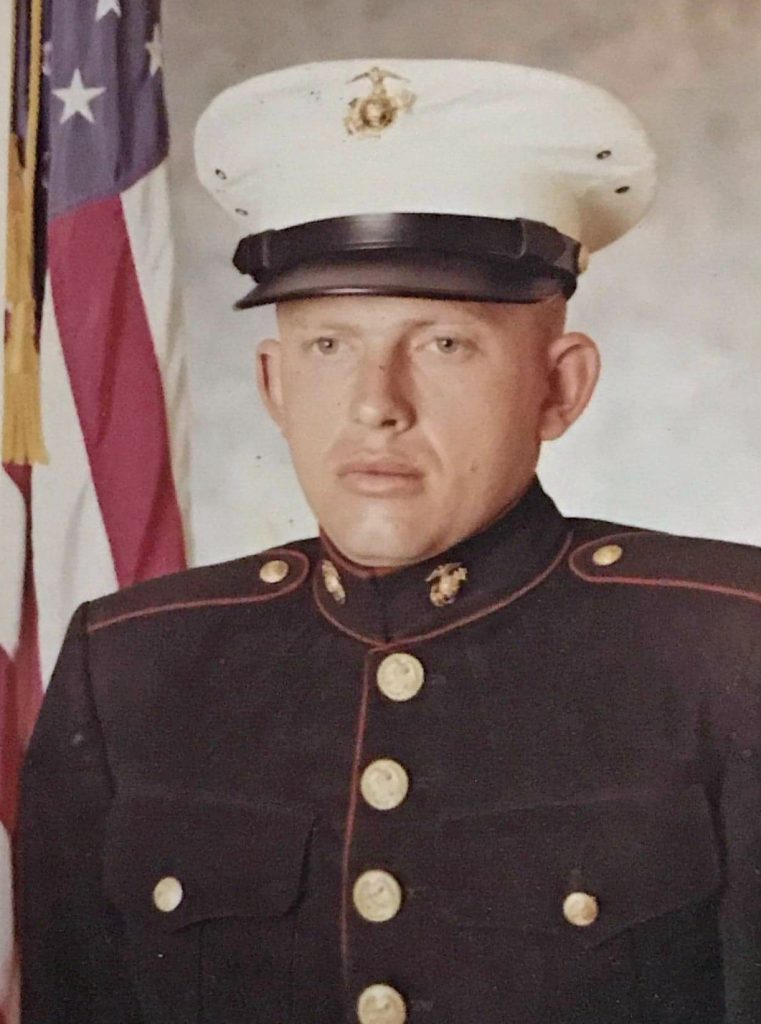 Denzil Lee “Doc” Cunningham, 66 years, 10 months, and 17 days old, of Ava, Missouri departed this life on April 23, 2020 at Heart of the Ozarks Health Center in Ava, MO with his children by his side.

Denzil grew up on a farm.  He loved Saturday mornings – watching Bugs Bunny and drinking Tang.  He loved his horses and dogs and still told stories about them sixty years later.

Denzil joined the Marine Corps in 1972 and became a Military Policeman.  He visited 117 different countries and had the privilege of guarding President Gerald Ford during a European trip. He went to Vietnam and assisted in the evacuation of the United States Embassy.

He worked for Emerson for many years before becoming a truck driver.  He went to work for Copeland before retiring in 2015.

He had a love of learning and a wide variety of interests.  He studied small engine repair and loved tinkering with things and taking them apart.  He loved music and movies and would light up talking about his favorites.  He enjoyed hunting, fishing, and driving the back roads.  He liked visiting with people and sharing stories from the past.  When you stopped by, he was usually drinking a Mountain Dew.  He was kind and generous to a fault.

He was preceded in death by his parents and a nephew, Justin Maggard and a niece, Lori Trabold.

He is survived by his three daughters – Crystal Nelson and husband, Curtis, of Republic. Candie Cunningham of Ava, Nicole Moreland and husband, Adam, of Oldfield. Seven grandchildren – Hannah Guerin, Cassidy Nelson, Amelia “Millie” Nelson, Colton Wiles, Lydia Cunningham, Noah Moreland, and Abby Moreland. Two sisters – Pat Applegate and husband, Joe of Chadwick and Beverly Rippee and husband, Charlie of Ava, and a niece Kathy Hines and one nephew, Bill Applegate and a host of other relatives and friends. He also leaves behind many friends and neighbors that were very dear to him.

Due to the current health risks associated with large gatherings as a result of Covid-19 a private family graveside service for Denzil was held Saturday, April 25, 2020 at Goodhope Cemetery, Goodhope, Missouri. Memorials may be made to the Goodhope Cemetery. Services were conducted by Clinkingbeard Funeral Home, Ava, MO. Online condolences may be made to www.clinkingbeardfuneralhome.com.