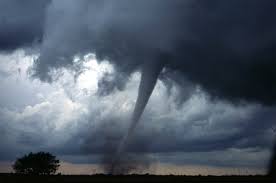 Despite an active start to the 2020 tornado season in January and February, the number of tornadoes in March reverted to the average – despite deadly tornadoes in Nashville, Tennessee, March 2-3. That trend toward average is expected to continue in April, according to AccuWeather meteorologists.

“Severe weather will continue to break out across the central Gulf states back through the lower Mississippi Valley in April,” said AccuWeather Lead Long-Range Meteorologist Paul Pastelok. “March was quite active, as far as severe weather, but the tornado numbers were lower than expected. However, tornadoes found their way into populated and busy cities causing tremendous destruction.”

There were 141 preliminary reports of tornadoes through the first two months. That was more than double the U.S. average of 68 from 1991-2015.

But in March, a total of 106 reported tornadoes occurred, with 76 confirmed; the average for March is 75 tornadoes, according to Storm Prediction Center records from 1991-2015.

“Right now, we are on an average pace compared to the 2005-2015 average for number of tornadoes and slightly above average of the 1981-2010 normal,” Pastelok said. “The early start to the season in January and February has compensated for the March totals. We lean toward the lower end of the range overall for 2020, but we still have a way to go this year.

“With the latest models now showing more warmth in the southern part of the nation but still chilly in the north, April severe weather indicates an average number of tornadoes for the month. The biggest question is: Will the tornado numbers rise with each event? We expect more activity along the Gulf states with some events as well into the central Plains to the Midwest in April, expanding south, north and east in May.”