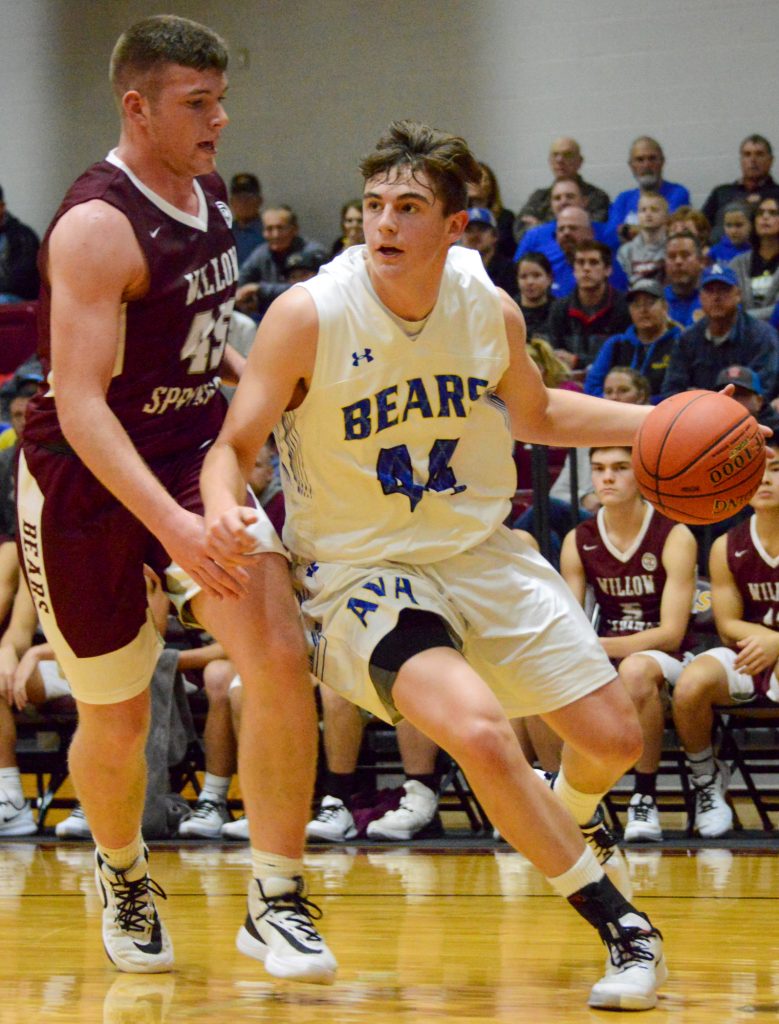 Time is pretty much on hold while we are holed up in our homes in hopes to slow the spread.

Every spring the Missouri Basketball Coaches Association (MBCA) celebrates the season with Hall of Fame inductees and accolades presented to the All-State awardees and teams in each school class.

This year, different for obvious reasons, has led to the MBOA cancelling the awards banquet and postponing the Hall of Fame inductions until September 13 in Springfield.

During many years this would not have affected Ava High School basketball teams.

Yet again, for more positive reasons, this wasn’t a normal year for the Ava Bears.

The team set new standards and travelled new distances in a highlight reel of an athletic year for the Bears.

Ava’s Andrew Dalton was named to the 2020 MBCA All-State Class Three Boys team. In addition to the award, he is the only high school underclassman listed on the 20-player roster.

Those awards will be sent to the awardees… by mail.

The changes within the MBCA also affected Mountain Grove’s boys coach Duane Hiler, who started his coaching career in nearby Mansfield, by way of Hollister before finishing his 12th year at Mountain Grove.

He is a member of the 2020 Inductee Class for the MBCA Hall of Fame.

Hiler has 13 district titles under his belt with five trips to the Final Four during his tenure.

At the top of the list is his 1999 State Championship while coaching at Hollister, the same year he was awarded the MBCA Coach of the Year.

On an even larger stage, Cheryl Burnett will also have to wait until September to receive acknowledgement of her 15-year career at Missouri State University and the Gary Filbert Lifetime Achievement Award.

She took the reins in 1987 and led the team to popularity, growing the average turnout from 900 fans to nearly 8,500 before moving on to the University of Michigan.

As a head coach Burnett has seen the lights of the NCAA Tournament 11 times and led teams to seven conference titles, five league titles, and was named a Sports Legend in 2015 by the Missouri Sports Hall of Fame.