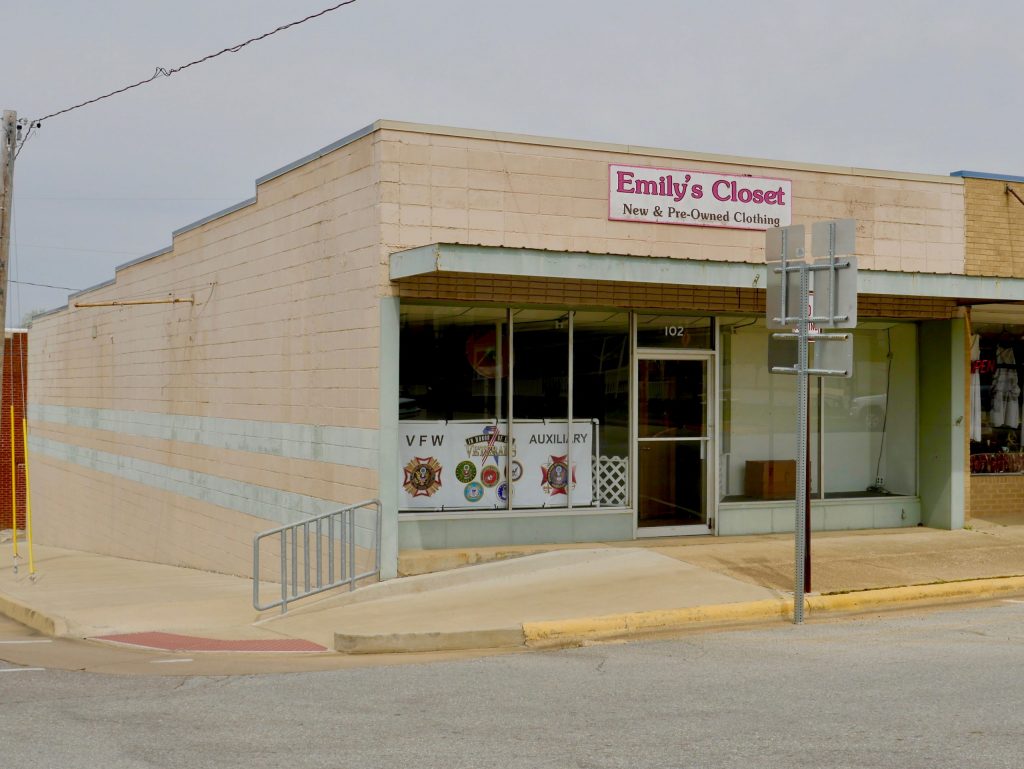 Two local veterans groups announced building projects this week in Ava. (Above) the former Emily’s Closet building on the northwest corner of the square has been purchased by the Russell T. Scott Post 5993 of the Veterans of Foreign Wars. According to Josh Swainston, Post Commander and Gail Huffman, Auxiliary President, once renovations are complete, the building will serve as the group’s new VFW Hall. (Below) The former Mt. Calvary Freewill Baptist Church building on Park Street was recently donated to the Douglas County Veterans Memorial Association. Larry Morrison of the DCVMA says the group plans to rework the building into a local Events Center. 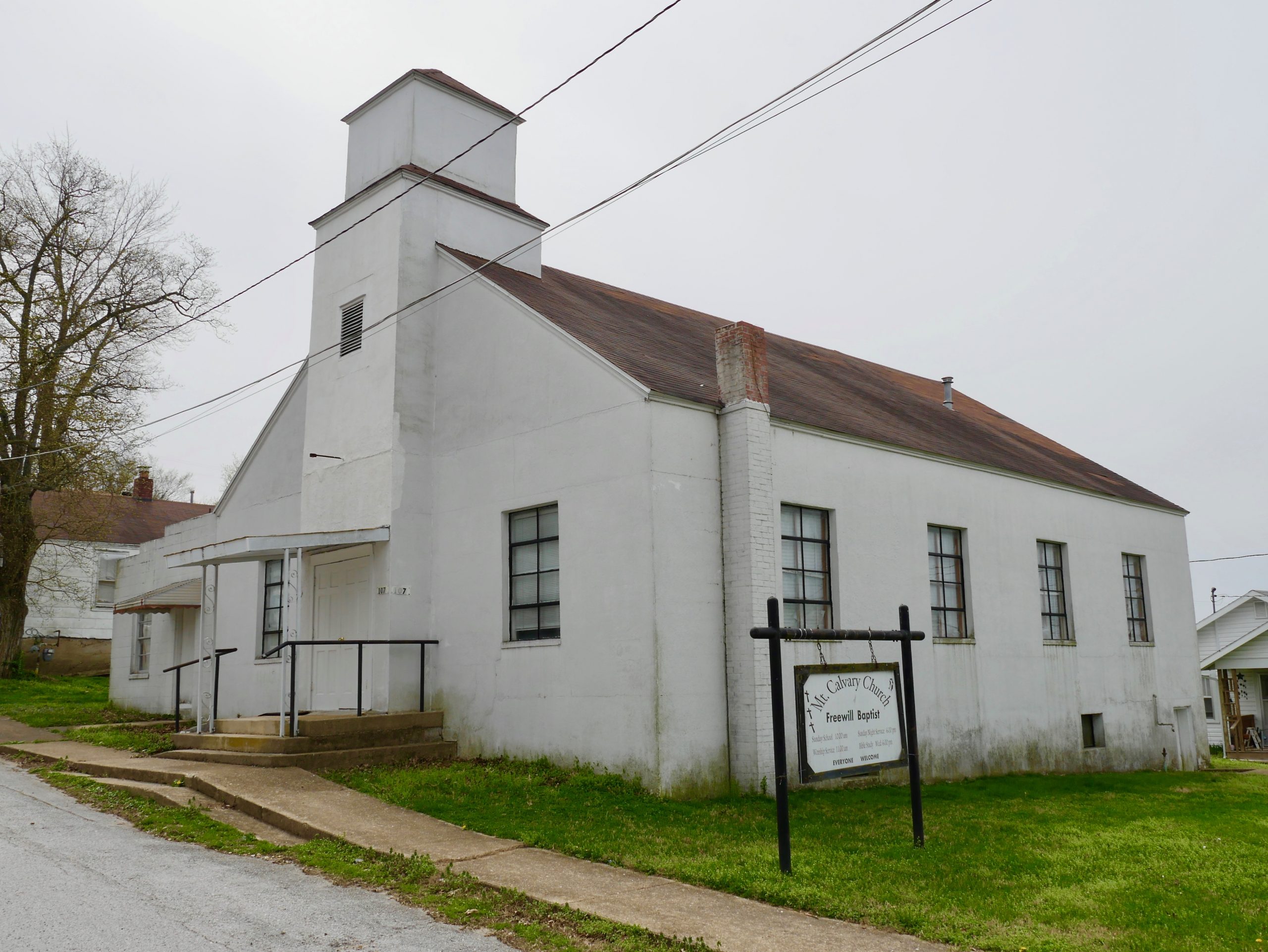