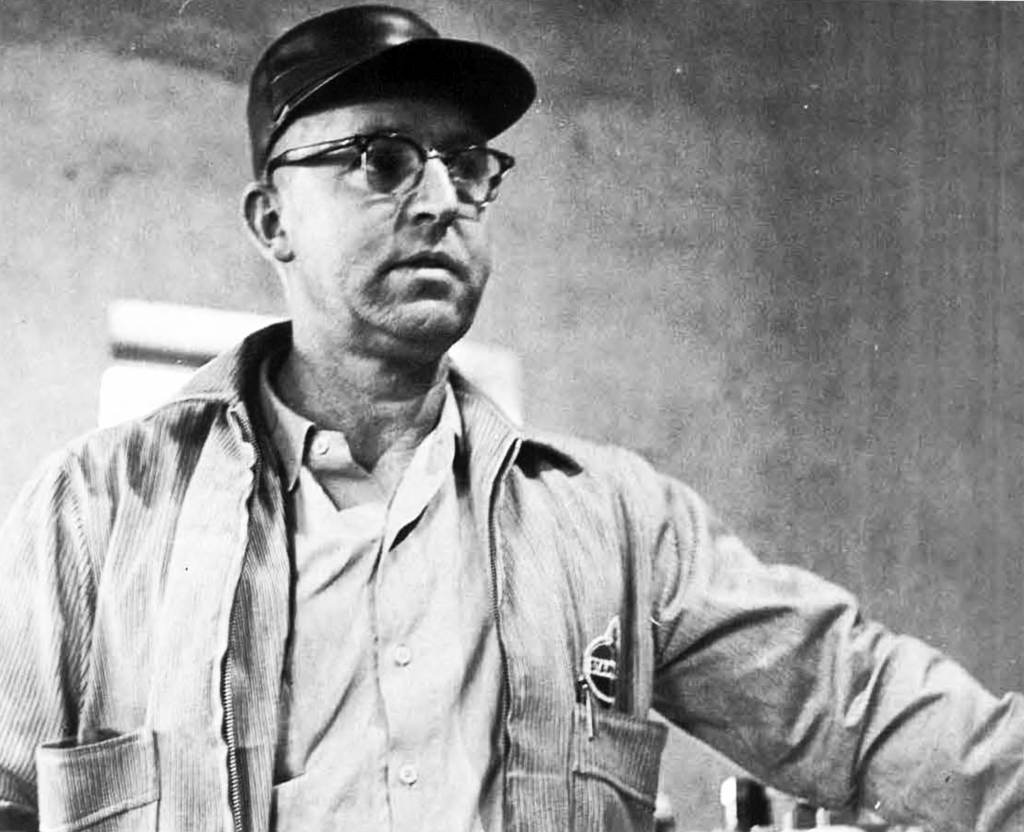 J. G. “Jay” Heinlein and his Standard Oil service station lay squarely in the path of the economic storm expected to follow in the wake of the new Ava bypass.

Since 1956 he had operated the station at the intersection of Old 5 and Missouri Route 14, north of the square.

Then three big threatening clouds blew in and Heinlein thought he saw them come together over his station and others along the old highway. The clouds were the tapering off of fishing success at Bull Shoals, the fishermen’s and tourists’ switch to new Table Rock Lake and the coming of the new highway.

“But the new highway was progress,” recalled Heinlein philosophically, “and we just tried to figure out how we could weather the storm when it broke. Only it never came.

“We were worried that we were going to be without any customers. But we never knew what percent of our business was tourist. Come to find out, most of it was local all along.”

He’s maintained his gallonage pumped since the bypass opened. And some of his tourist and sales customers still drive the half-mile from the new highway to his station.

Since the storm clouds’ silver lining turned out to be local business Heinlein has worked hard at polishing it.

“We have put out extra efforts to build up our local business since the new highway opened,” he said. “We’ve added some equipment, we try to keep good personnel who’ll give people good service and make them want to come back, we do more minor mechanical work and we sell more tires.

“There may have been some borderline cases in town that have been hurt some,” he added. “But they were the kind of operation that it probably would’ve happened to anyhow. You know, guys that would come in and open up for two years and move on, a one-man operation.

“But we’ve found out,” he concluded, “that the way to keep business at a service station is to sell what the name says – service.”