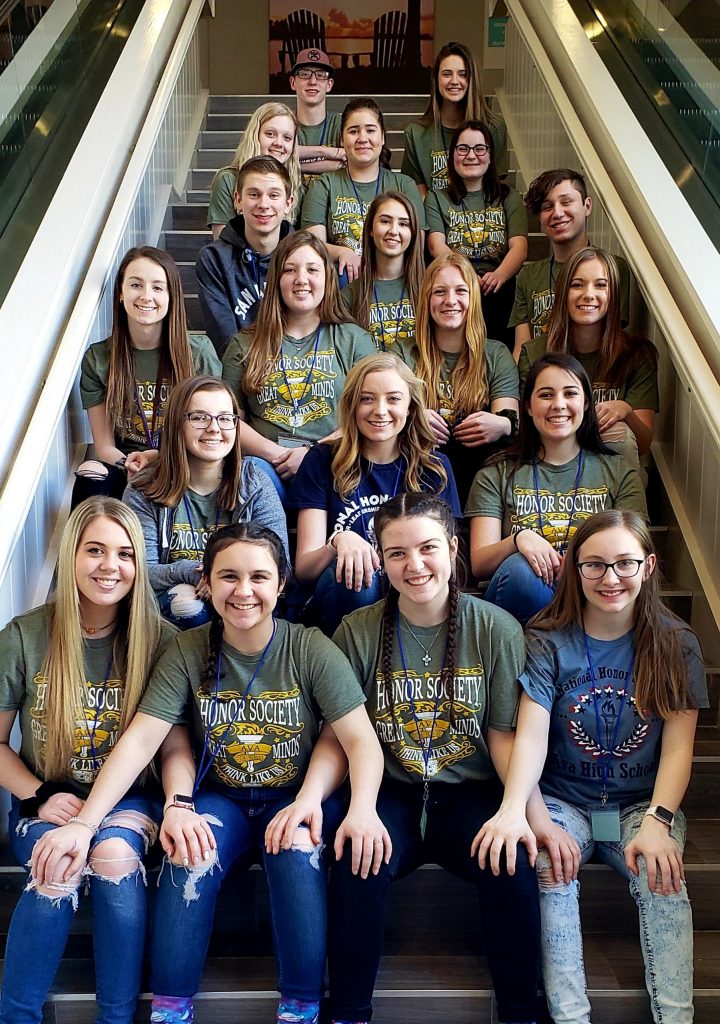 Submitted Photos A few of the NHS student members attending the Conference posed for the camera.

Members of the Dorothy Norman Chapter of National Honor Society attended the Missouri Association of NHS Convention at Tan-Tar-A March 3-4. Over 300 NJHS and NHS members and NHS advisers representing 25 schools from across Missouri attend the conference.

Keynote speaker for the conference was Esteban Gast, an entertainer, educator, and entrepreneur. He is Colombian, was raised in Puerto Rico and Illinois and currently lives in LA. He was a touring comedian at the age of 23, taught creativity and design thinking at the college level, co-authored a book on creativity while living in Central Illinois, and worked as president of a sustainability-focused institute with his background in comedy and his years in the classroom, Esteban is a gifted communicator who loves breaking down complex issues. He has spoken at high schools, colleges, corporations, and conferences all over the world about the power of entertainment, the importance of diverse storytelling, and taking a data-driven approach to inclusion.

Following the keynote, students were given the opportunity to attend general sessions on various topics, such as character, volunteerism and service.

Following the buffet dinner, students explored the various activities available at the Tan-Tar-A resort, including the indoor pool and bowling alley. They later attended a dance.