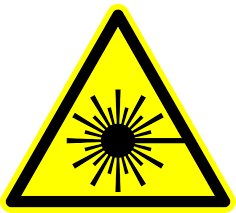 Steve Jobs once said that getting fired from Apple – the global tech giant he co-founded – was the best thing that could’ve ever happened to him.

In Jobs’ case, starting anew removed the burdens of success that he felt at Apple and freed him to enter a new and productive creative period. Jobs’ reflection on his career path illuminates the adage, “When one door closes, another door opens” – but with a twist that applies to many people trying to move on from a major setback, says Chuck Crumpton (www.chuckcrumpton.com), author of The Jagged Journey: A Raw & Real Memoir about the Non-Perfect Path of Life & Business.

“The key,” Crumpton says, “is not getting stuck in the long hallway between the closed door and new door opening. That can happen due to the piled-up mental clutter of your failures.

“Don’t let that happen. Instead, learn from those failures and let that knowledge free you to be your best. Ask yourself, ‘Have you had enough failure in your life to understand what success really is?’ ”

Crumpton offers five ways to learn from past failures and find lasting success:

“As a society, we put so much focus on success,” Crumpton says. “Yet failure often unlocks the door to success, and for many who learn from failure, the best is yet to come.”