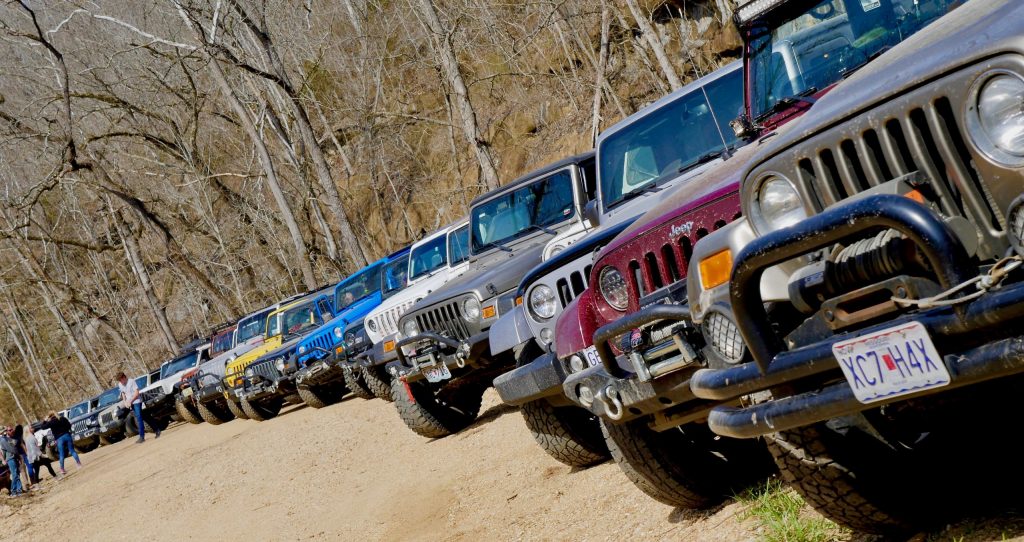 Michael Boyink/Herald A convoy of 31 Jeeps line up for a photo along by Hunter Creek on State Highway FF on Saturday, March 7th. Organized on Facebook, the group included people from Ozark, Strafford, and Ozark.

If you were around Walmart or the Ava square last Saturday, you might have seen them.

A whole lot of Jeeps, all in a row.

They came from Ozark. From Strafford, from Springfield, and from Ava.

Organized on Facebook, the event was expected to draw 5 or 10 Jeeps. 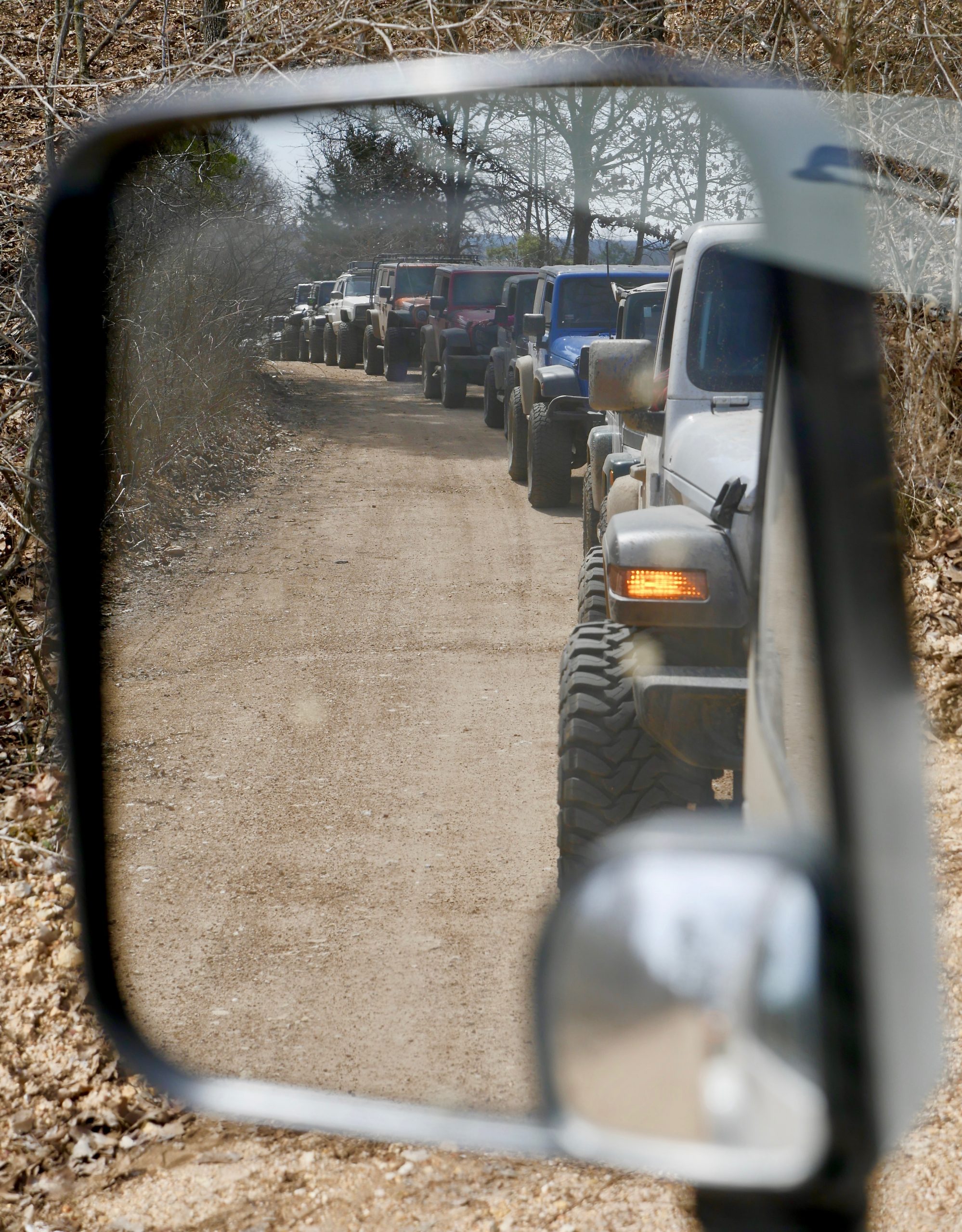 Michael Boyink/Herald
Jeeps as far as the eye can see in the rear-view.

After gathering at Walmart and staging up around the Ava square, the “stocker friendly” run mainly traveled on Douglas County gravel roads northeast of Ava.

The group lunched at the Vera Cruz River access, before completing nearly 60 miles of driving. Michael Boyink/Herald
Jon King’s 1975 CJ5 nicknamed “Crusty” was the oldest Jeep on the run. King drove from Ozark for the event.

The group included Jon King from Ozark. King’s 1979 CJ5 nicknamed “Crusty” was the oldest Jeep of the group.

“It’s got a 304 V8, and a granny-low four speed,” King said. “Everything underneath is new. It used to be a root-beer colored Golden Eagle, but we painted it white.”

King and his wife were bundled up against the cold, since Crusty sported only a bikini top against the elements.

The weather was in King’s favor. This time.

“We ran Glade Top a few weeks back,” he said. “It was only 20 degrees that day,  but I had the stocking hat and the coat on that I keep in here.” 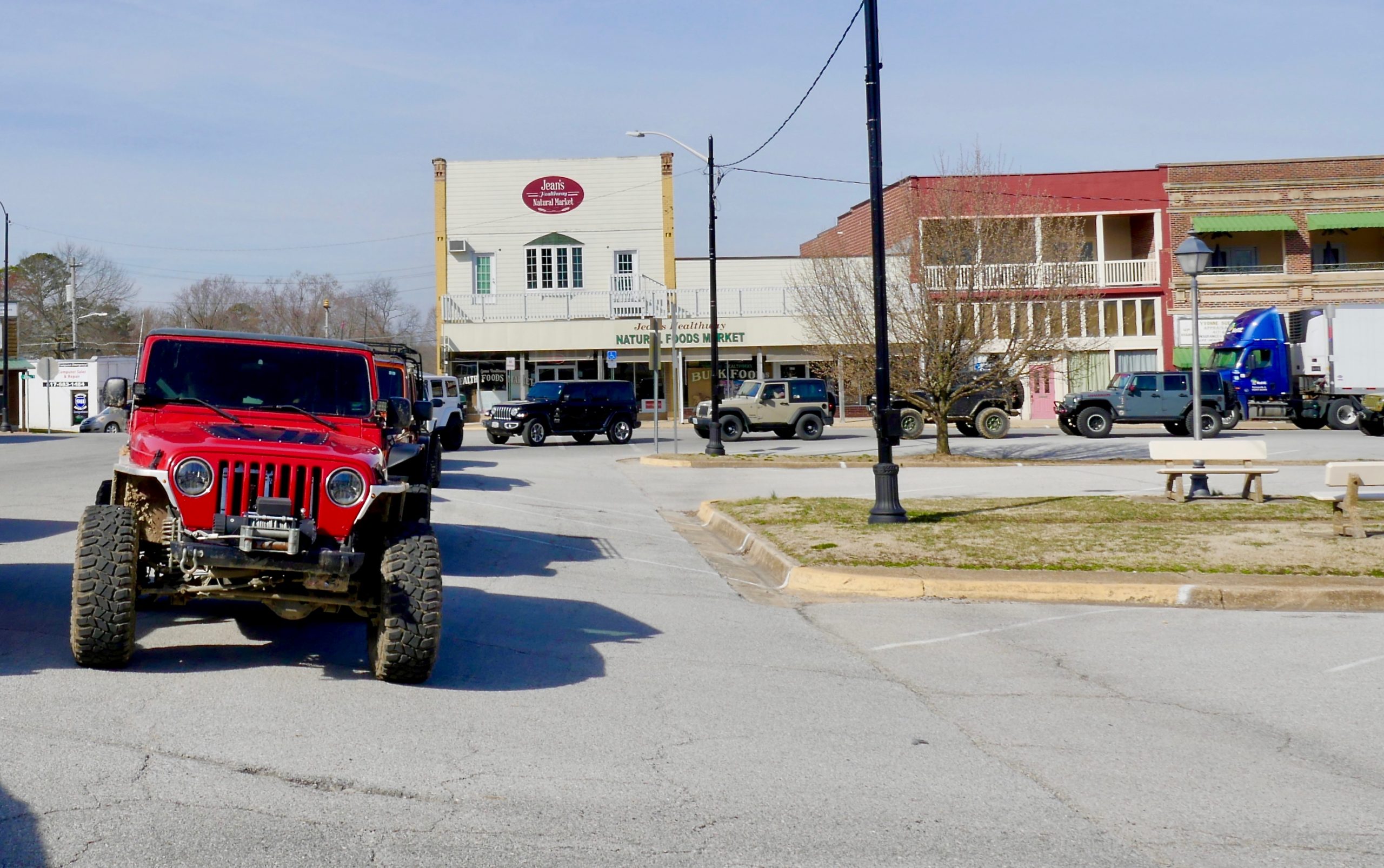 Michael Boyink/Herald
31 Jeeps lined up around the Ava Square on Saturday, March 7th. The group spent the day driving the gravel roads of Douglas County.

For more photos of the day, or to learn about upcoming backroad Jeeping events, search for “ava jeeps etc” on Facebook.