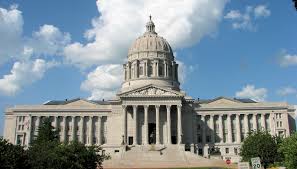 JEFFERSON CITY — Lawmakers are considering two bills that would make it more difficult to impose the death penalty in certain cases in Missouri.

House Bill 1925, sponsored by Rep. Shamed Dogan, R-Ballwin, would prevent judges from overriding hung juries in first-degree murder cases where capital punishment is being considered. The second bill, HB 1756, sponsored by Rep. Tom Hannegan, R-St. Charles, would exempt a person from being sentenced to death if they suffer from a serious mental illness.

Currently, if a jury cannot unanimously agree on the punishment a person convicted of first-degree murder should face, the decision goes to the judge. The judge will enforce a punishment of life imprisonment without parole or release unless the governor intervenes or the judge decides to sentence the defendant to death.

The proposed bill would remove the option for a judge to sentence a defendant to death when a jury cannot agree. Missouri and Indiana are the only states in the country that allow this type of judicial overrides for death penalty cases.

Nine people spoke in support of the bill, including Larry Komp, who has represented people sentenced to death throughout his career and testified in his capacity as capital habeas unit chief for the Federal Public Defender for the Western District of Missouri. Komp argued that allowing a judicial override for a hung jury punishes a defendant for successfully achieving doubt among jurors and gives the state another chance to impose the death penalty.

“A jury finding at that point reflects the consciousness of the community of where they are. These are everyday jurors from that community where the offense occurred and their judgment at that point should be respected,” Komp said.

He said the argument often made is that one holdout juror could prevent the death penalty, but that hasn’t been the case in Missouri. Komp referenced the case of Marvin Rice. In 2017 a jury found Rice guilty of first-degree murder but deadlocked on the question of sentencing Rice to death. Although 11 out of 12 jurors voted against the death penalty, the judge overrode the jury and sentenced Rice to death.

Rep. Wiley Price, D-St. Louis, expressed surprise and confusion at how and why Missouri allows this practice.

“Everything that you just said just sounds very unconstitutional to me,” Price said. “So I just… I don’t even know where to start.”

Komp and others who testified in support of the bill brought up the fact that no Missouri jury has sentenced anyone to death since 2013.

Rick Stack, a longtime member of the Missouri bar and a former professor at American University, also testified in support of the bill. Stack and other supporters said the bill infringed on democratic values. Stack also invoked the Sixth Amendment, which guarantees people the right to a trial by an impartial jury.

“The opinion of one person, as learned as judge may be, undercuts democracy,” Stack said. “Juries have a sacred function to provide popular resistance to unpopular laws.”

Dan Patterson, a Greene County prosecutor, spoke in opposition to the bill on behalf of the Missouri Association of Prosecuting Attorneys. He said when a jury for any criminal trial cannot decide on punishment, the judge is given discretion in sentencing. He said for capital punishment trials there are even additional protections.

“Judicial override is a nice catchword, but that’s not what happens,” Patterson said.

Hannegan’s bill would exempt individuals who had a serious mental illness at the time when they committed a crime from being sentenced to death. For the purposes of the bill, serious mental illness would include schizophrenia, schizoaffective disorder, bipolar disorder with psychotic features, major depressive disorder with psychotic features, delusional disorders, traumatic brain injuries and post-traumatic stress disorder.

Hannegan said his support for the bill stemmed from his stance as an opponent of abortion rights, which he has extended into opposition to the death penalty. He also said a family member has been diagnosed with paranoid schizophrenia.

Eight individuals spoke in support of the bill, including Jerry Givens, a former Virginia executioner. He urged lawmakers to think about the people who are asked to carry out executions of mentally ill individuals who do not understand what will happen to them.

“Just imagine trying to prepare a guy to execute him when he don’t know what he’s there for,” Givens said. “Think how hard that is when you’ve got a guy before you, and he’s going to be executed in less than six hours, and yet he’s telling people what he’s going to do or what he wants to do the next day. There is no next day.”

A representative from Empower Missouri said executing individuals with severe mental illnesses is unethical. Rita Linhardt also spoke in support of the bill on behalf of the Missouri Catholic Conference.

“We’re especially opposed to executing people with severe mental illness because of the vulnerabilities that they have within the criminal justice system,” Linhardt said. “They’re oftentimes forced into false confessions, they don’t understand their rights, and they … can’t always assist their attorneys in their defense.”

Patterson opposed the bill on behalf of his organization, saying that there are already other steps people can take if they believe they are not mentally fit during criminal proceedings, including raising the not guilty by reason of mental disease or defect defense. He also criticized the fact that the bill did not address competency to be executed, which he said is a separate issue.

“We do oppose House bill 1756 as an unnecessary complication of the criminal process that will create further layers of litigation and delay both the rights of the accused and victims to speedy disposition of cases,” Patterson said.