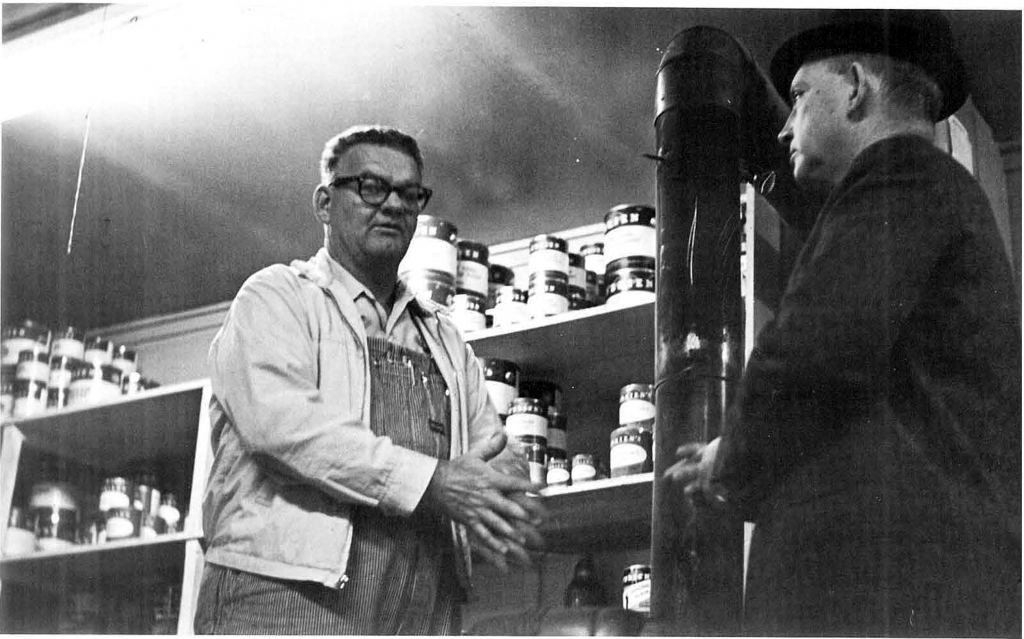 At his lumber business, R. A. “Butch” Kottmeier, left, can see more and more sales as new buildings and houses go up.

(Reprinted from the 1963 Missouri Highway Commission Annual Report, seeing how Ava survived after the Highway 5 bypass was put in.)

Off the square a couple of blocks to the west, at 318 West Washington Avenue, is the Ava Lumber Company, a rambling white frame building with a lumber yard’s usual bins and racks stretching away toward the rear of a dirt driveway pockmarked with puddles. Although a cold rain steadily dribbled from heavy gray skies, several cars were parked in front and along the side of the long building.

Inside, around a warm potbellied stove, R. A. “Butch” Kottmeier, owner of the lumber yard, talked about Christmas decorations and special trade promotions for the town with Bob Bowles, editor of the Herald.

A big, curly-haired man with thick glasses, Kottmeier also is president of the Ava Chamber of Commerce and a man who wants to see Ava grow and works to see that it does.

“Nothing has died, as some people thought it would when the new highway went in,” he said. “It may have hurt some businesses along the old highway that catered strictly to tourists and haven’t worked at adjusting to the situation.

“But the town is growing and the new places out along the new highway are doing well.

“The lumber business is a good barometer of how things are going and we’re selling more lumber as more and more houses are being built.

“And we have the new Rawlings plant building, a new Spalding plant coming in, we’re building a new jailhouse, we’ve got a new supermarket out south on the old highway, a new Baptist church, a new service station just east of the square on Route 14.”

Kottmeier is finding out, too, that the effects of the new highway are spreading out like the proverbial ripples from a rock thrown in a pond. And it’s hard to tell where one ripple stops and another starts.

“Our trade territory has extended,” he explained, “because people can come in easily from farther away. Of course, that’s being helped, too, by the fact that we’re getting rural telephone service put in.”

There’s another fringe benefit, too, from the new highway. That’s safety and ease of travel.

“We haul many of our supplies from Mansfield,” said Kottmeier, “and there’s no comparison between driving that old highway and the new one.

“For one thing, the distance has been cut from 16 to 14 miles. And we know what the old one is. We lost three trucks on it – turned ‘em over.

“As far as I know, the effects on Ava have all been good,” he wound up.” I’d like to know about it.” 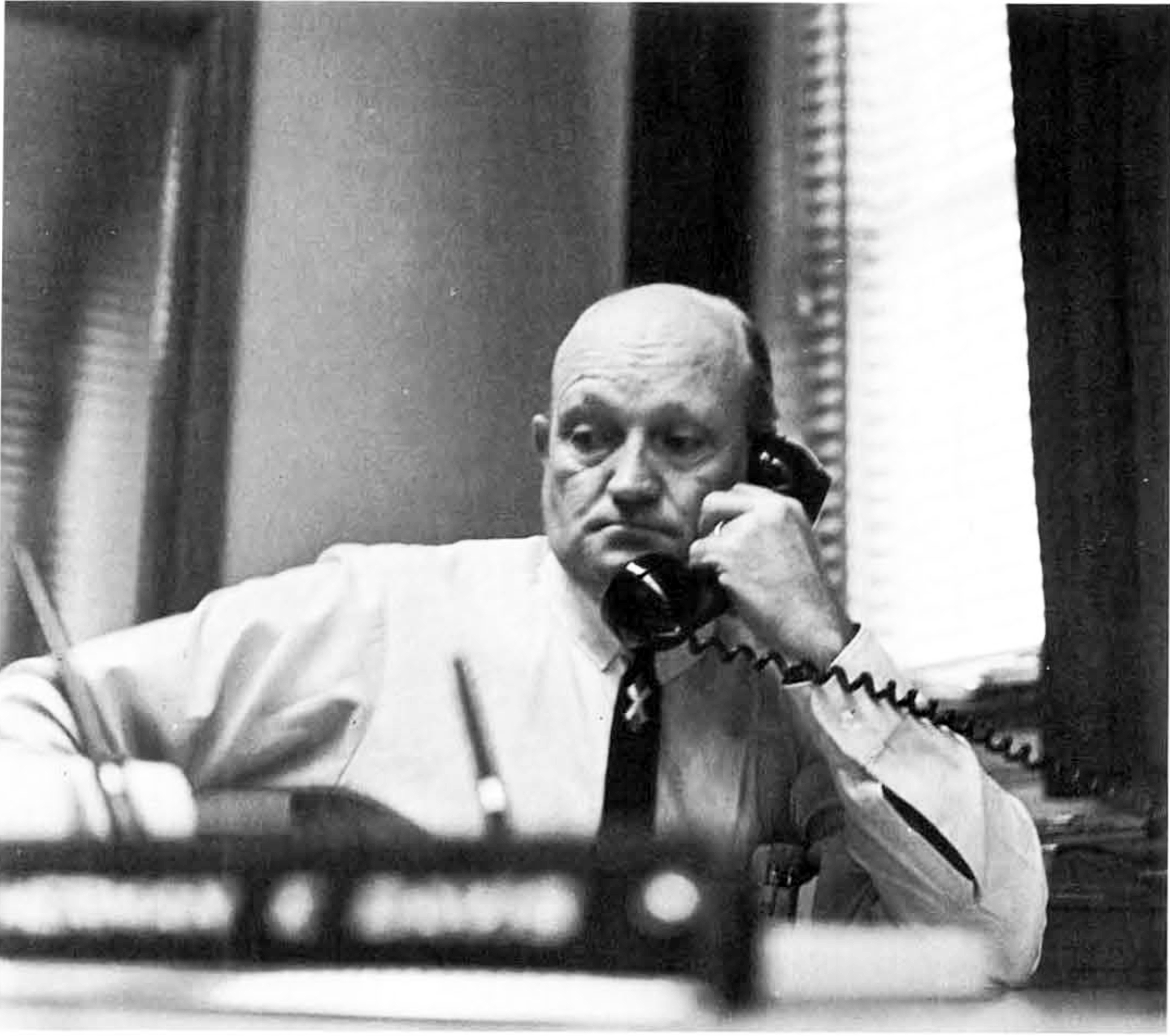 At the Citizens Bank of Ava, Herman Davis told of a 50 percent increase in deposits in the three years since the highway opened.

The “otherwise” wouldn’t come from Herman Davis, president of the Citizens’ Bank of Ava. A baldheaded man of medium height, Davis is a bundle of bustling energy even when he is sitting a his desk at the rear of the high-ceilinged bank. The bank building, remodeled inside with the warm glow of wood, sits at the north-west corner of the square where Old 5 traffic used to stream by.

“I can’t tell too much difference in the town economically since the new highway opened,” he said. “The worse thing is the wrecks at the intersection.

“But let’s check our deposits,” he said.

He reached into the middle drawer of his desk and picked out two small folded sheets titled “Statement of Condition, Citizens’ Bank of Ava.” One was dated June 15, 1960, the other September 30, 1963.

“These should tell us,” he said. “Those dates cover the period from about three months before the new highway was opened until now.”

He ran his finger across the rows of figures, glanced up then checked again to be sure he was seeing right.

Quickly he analyzed that possible reasons for the increase.

“I guess most of that would be attributed to Rawlings – and they, of course, came in with the highway,” he said. “The weekly payroll out there is between $12,000 and $15,000. Otherwise, Ava is mainly a farm town and the farm situation hasn’t got any better.”