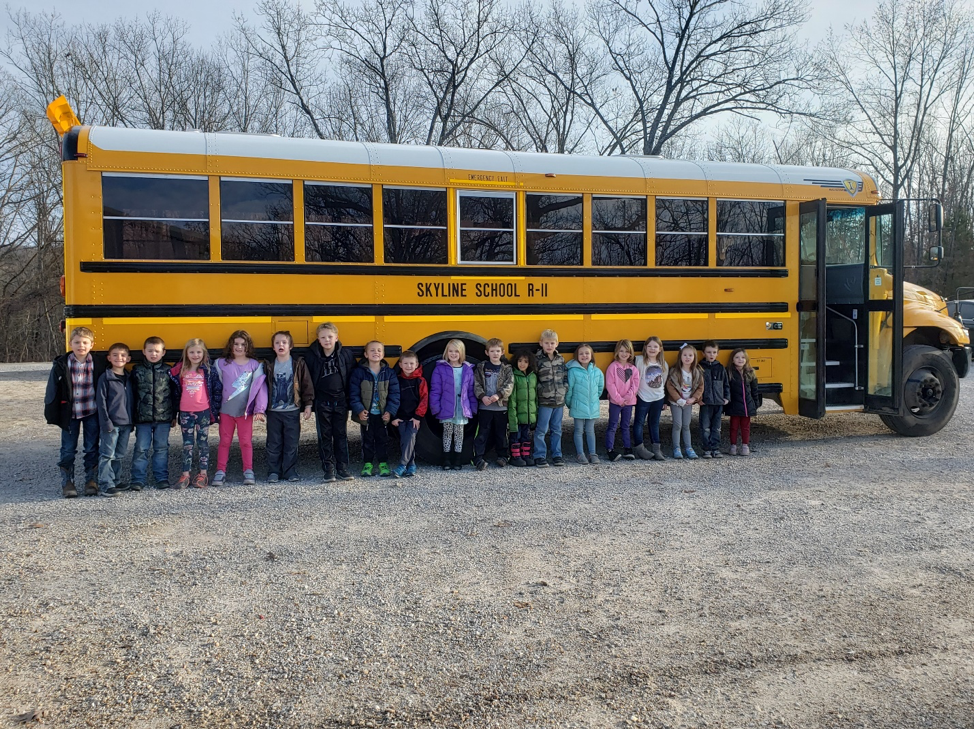 Skyline R-II School District was recently able to purchase a new bus with funds from the Volkswagen Settlement. There were several schools in the area that received 100% funding as part of this program. This helps small schools out a great deal by providing a new bus at no cost to the district.

Funds stem from a DNR partnership with the Volkswagen Settlement Environmental Mitigation Trust Fund, set up to reduce nitrogen oxide emissions in the environment.

“The trust is part of a 2016 settlement between the U.S. Environmental Protection Agency and Volkswagen,” a press release states.“Volkswagen violated the Clean Air Act between 2009 and 2016 by selling vehicles equipped with computer software that would cause engines to emit lower levels of nitrogen oxides during emission tests than during normal use. Volkswagen agreed to settle some of the allegations and established the trust to fund efforts that reduce the emission from diesel engines.”

“This project is a win-win for Missouri’s environment and for our local schools, governments and businesses struggling to bring aging fleets up to date,” said Department Director Carol Comer. “We are grateful to see the VW Trust Advisory Committee, which represents a diverse group of interested people, businesses and industries, all working together to implement transformative projects that will improve air quality for Missourians.”