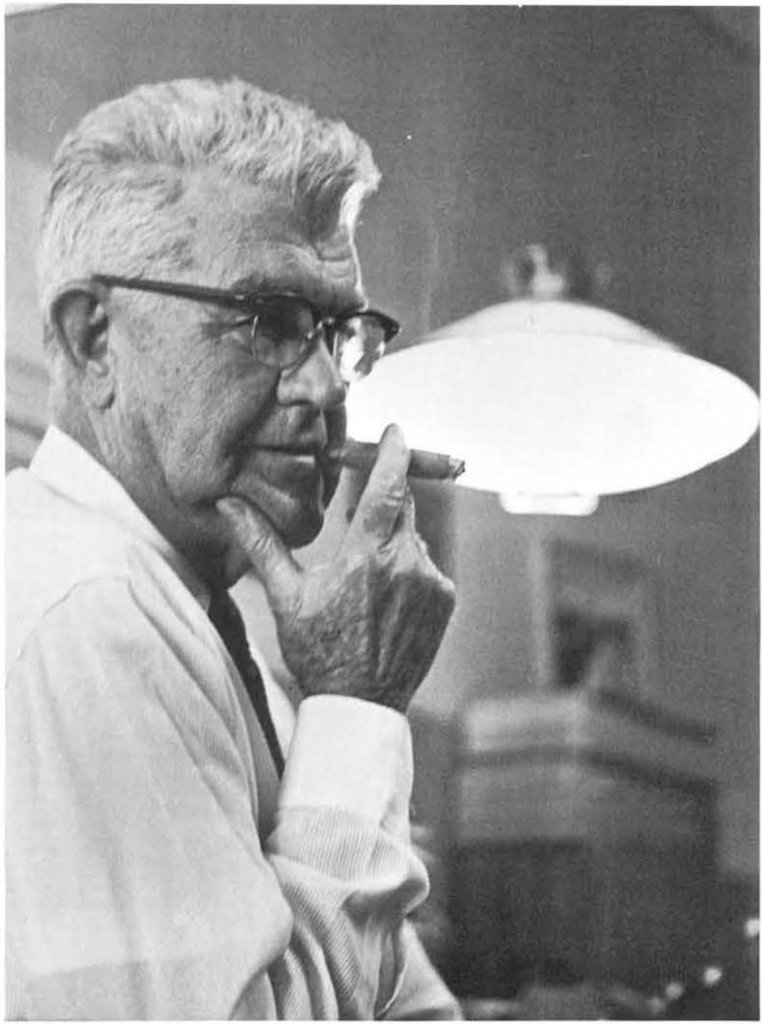 From his newspaper office on the south side of the square, Elmer Curry can see no drop in traffic, no less traffic congestion.

(Editors Note: This article is reprinted from the 1963 Missouri State Highway Commission Annual Report, investigating how the Route 5 bypass had affected Ava.)

Elmer (J.E.) Curry, publisher of the Herald, a former state senator and chairman of the Roads and Highways Committee of the Ava Chamber of Commerce, remembers the story and the days that preceded and followed it.

“The people were alarmed when talk first started about pulling the highway out of town,” he said in the Herald office on the south side of the square. “But we had worked so hard to get the highway built that we didn’t feel that we could oppose the location of it.”

Senator Curry is a soft-spoken man with a thick shock of flat-topped white hair. His face is lined with wrinkles, like a man accustomed to coping with the problems of people – and people with problems.

He puffed on his stubby cigar and wheeled his chair around from his well worn typewriter to face the front window that looked out on the square.

“When highway traffic was routed through town the streets around the square were always busy and congested,” he said. “As you can see, we’ve still got plenty of congestion. Taking the traffic out of town hasn’t hurt trade.”

Ava, like most county seats in Missouri, is built around a square. But, unlike most, the square is cut by two streets. Around the square and along both sides of both cut-through, streets cars were parked in almost solid rows. And more cars moved busily around the square.