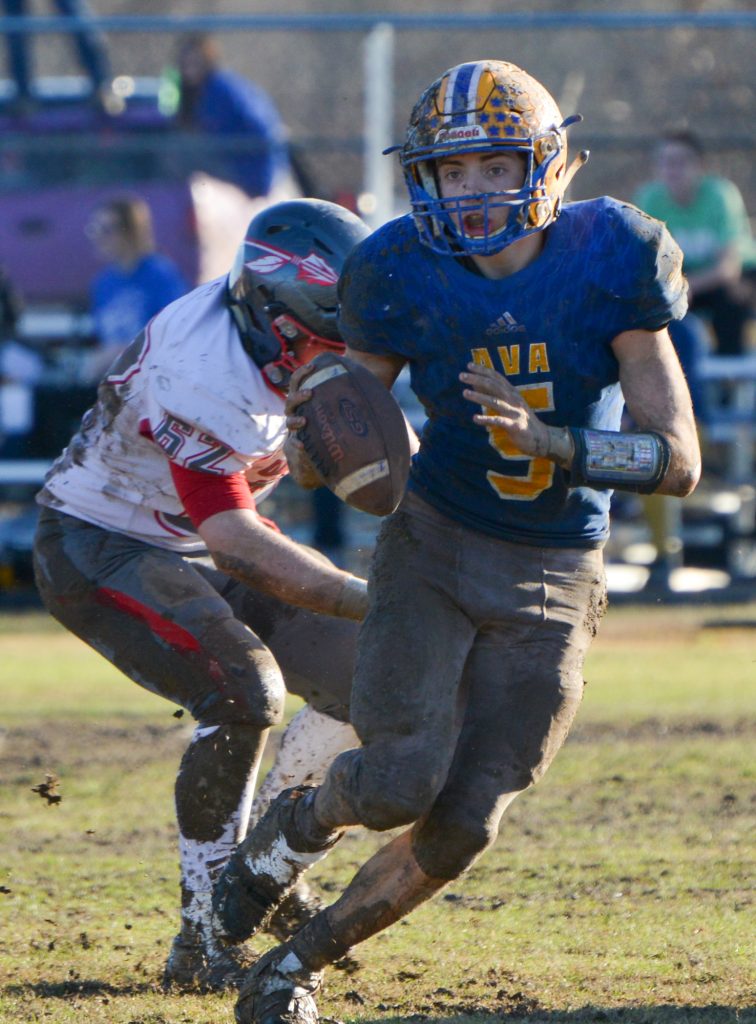 The senior was at the helm, calling the snap on the year when Ava High School trampled their way through the SCA and marched on to the State Tournament for the first time in school history.

He amassed more than 1,400 rushing yards and averaged 13 yards per pass in his senior year. Adding to the numbers, he also picked up one reception for 28 yards when he and Kayden Myers flipped the script.

The Bears were undefeated in the regular season and took the SCA outright without a scratch with a 7-0 record.

Even better, he and his father Coach Dan Swofford both took home All-State accolades as offensive player of the year and coach of the year in a rare and emotional experience few get to share on the gridiron.

Nate is now moving forward into adulthood. As most parents will tell you, they grow up way too fast.

This past Friday Swofford signed on with Evangel University in Springfield and will compete as a Crusader on the Evangel football team.

The campus is a private Christian school on Glenstone Avenue with over 70 academic programs and more than 100 available degrees using a Christ-based approach to secondary education. The school is a member of the General Council of the Assemblies of God and has an undergraduate population of 2,200.

Now Nate goes from big fish, to little fish as he prepares to climb a different athletic ladder in a very different world.

“It’s going to be a grind,” said Swofford. I’m not going to get to play a bunch at first, but that’s how sports are. If it is really worth it, then you need to earn it and not have it given to you.”

The Evangel athletic program is a member of the National Association of Intercollegiate Athletics (NAIA) Division I program and competes in the Heart of America Athletic Conference against schools like Central Methodist, Culver-Stockton, Missouri Valley, and William Penn.

The Crusaders were ranked in the NAIA Coaches Top 25 last season and finished third in their conference.

“Eventually, I chose Evengel,” said Swofford. “I had a couple visits with other schools, but Evangel made me feel at home. At other schools, I felt out of place or didn’t like the feeling. (At Evangel I felt energy and got a feeling of a great sports program.

Swofford plans on narrowing down his interests to enter physical education or look into the accounting industry.

“I don’t want (this year) to go by,” said Swofford. “I love high school, but in know it’s due time and that I put my work in here.”