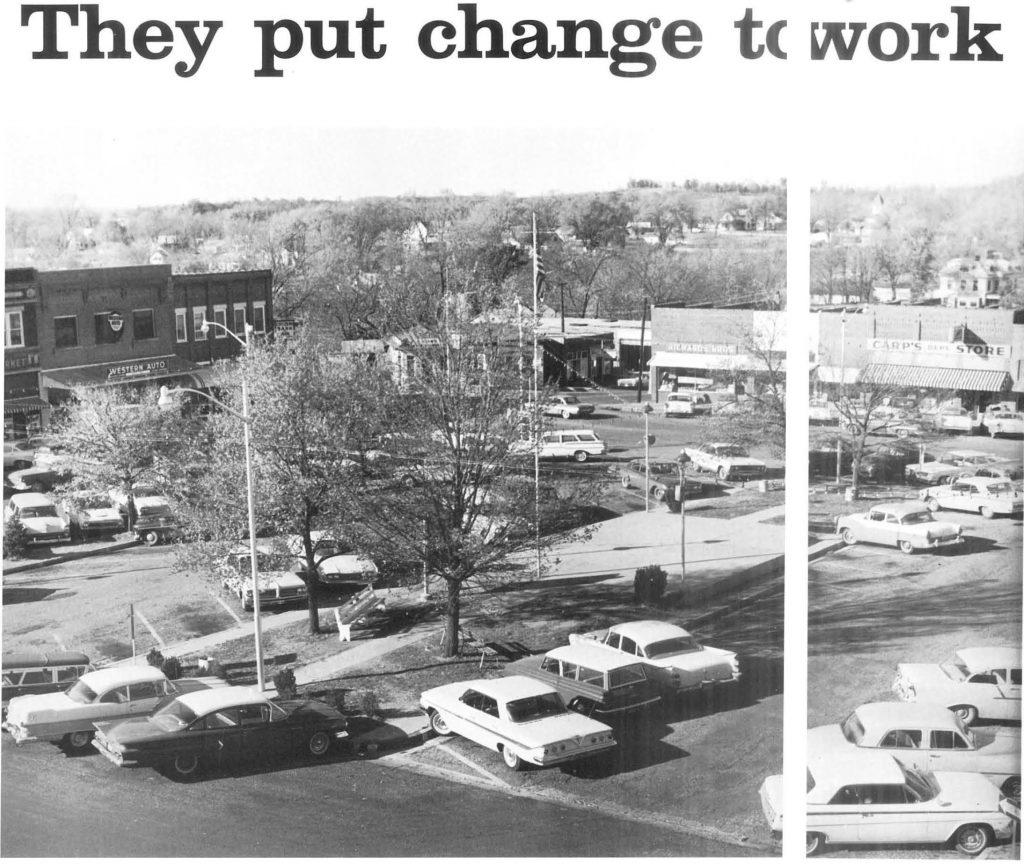 (Editors Note: In 1963 the Missouri State Highway Commission revisited Ava to see how the Route 5 bypass had affected the town and people. Over the next few weeks the Herald will reprint the Ava portions of that report.)

The word conjures up many pictures, depending on who reads it.

To people in a town about to be bypassed the word may evoke a picture of towns withering away from the dry rot of economic blight.

To truck drivers and tourists and salesmen the word may draw visions of a straight and level highway with not clogged intersections.

To the engineer the word may mean a way of designing and building a highway that will give travelers less traffic congestion, fewer starts and stops and safer driving.

Because the word’s “picture” varies so widely, depending on where the hearer is standing, should some other word be used?

Should it be something like relocation? Or freeway? Or urban route? Or truck route? Or business route?

Webster says it is “a passage to one side, especially an alternative deflective route, as a road to deflect traffic.”

That’s a precise description of what bypasses do. The other meanings, or pictures, of the word are tinged by personal views.

The most damaging picture, of course, is the one of economic blight, of communities withering away because of a bypass.

But this picture falls apart under close scrutiny. Repeated studies, in Missouri and other states, have discredited it.

Missouri Highway Department studies at Lebanon and Rolla, for instance, showed that local economies did not suffer (in fact, were bolstered) when bypasses were built.

In Michigan, a study reported “more gains than losses” from bypasses. And Sparta, Michigan, even petitioned the Highway Department to relocate its highway around the town to get rid of through traffic.

In Illinois, Mayor Wes Olson of Quincy, chairman of a committee to work for rebuilding a Central Illinois Expressway, stated he would rather have the expressway built eight to ten miles away so the city could build toward it.

The word itself is correct, then, because it describes what the new route does. If deflects traffic. The real concern – the legitimate question – is whether it deflects business, whether a bypass has good or bad effects on a town.

That question can best be answered by people, the people who have experienced a bypass.

In this report people in three bypassed Missouri towns look at what’s happened to them and to their towns.

Their words are not dictionary definitions. They are not conjured images of pictures.

Their words are their experiences, experiences that answer the question, What’s in a Word?