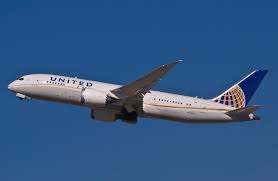 The Springfield Airport will receive a $3.7 million-dollar discretionary grant from the Federal Aviation Administration (FAA) to help reconstruct a taxiway and make repairs to a runway.

Taxiways are paths for airplanes at an airport. They connect runways to terminals and other airport facilities. A runway is the paved surface that airplanes use to takeoff and land.

“We appreciate the strong support and leadership from our congressional delegation in securing these funds,” says Brian Weiler, director of the Springfield airport. “The pavement on the taxiway being reconstructed has worn out and there are cracks in isolated portions of Runway 2-20 that need to be replaced. This grant is a major step toward making that happen.”

The cost of the entire project will be approximately $7 million. This grant will pay for more than half with the remainder coming from airport and other FAA funding received annually.

Construction will begin later this year and will have little or no impact on flights. “Safety is first and foremost as our airport continues to experience strong passenger growth.

This work will ensure our airfield pavements are properly maintained and allow for continued safe aircraft operations,” says Weiler.