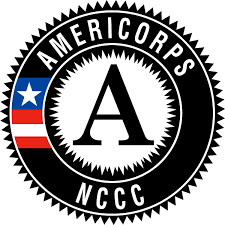 Branson, Mo. – A team of AmeriCorps National Civilian Community Corps (NCCC) members will be assisting Missouri State Parks with the removal of invasive species in two new state parks: Ozark Mountain State Park and Bryant Creek State Park. The group of 10 young adults arrived on January 12 and will be serving here through April 3.

While in town, the AmeriCorps NCCC team is serving with Table Rock Park Working Unit: Glade Restoration whose mission is to preserve and interpret the state’s most outstanding natural landscapes, and cultural landmarks, and to provide outstanding recreational opportunities compatible with those resources.

Over the course of this 12-week project, this AmeriCorps NCCC team will remove 75 acres of cedar trees, which are an invasive species to these state parks, restoring the glades to their natural state. The team will also be assisting in prescribed burns of approximately 1.18 miles of fire line.

AmeriCorps NCCC first served with Missouri State Parks in late 2019.  The previous team helped construct almost two and a half miles of fire line for prescribed burns and removed over 7,000 cedar trees.

Prior to traveling to Branson, members of this team served on a variety of other projects in Texas and Oklahoma.  They began their term of service on October 15, 2019 with three weeks of training at the Denver regional hub.  They will continue to complete other 6- to 12-week projects for communities in the central and southwestern United States until they graduate from the program on July 16, 2020.

For more information about AmeriCorps NCCC, visit the website at www.americorps.gov/nccc.