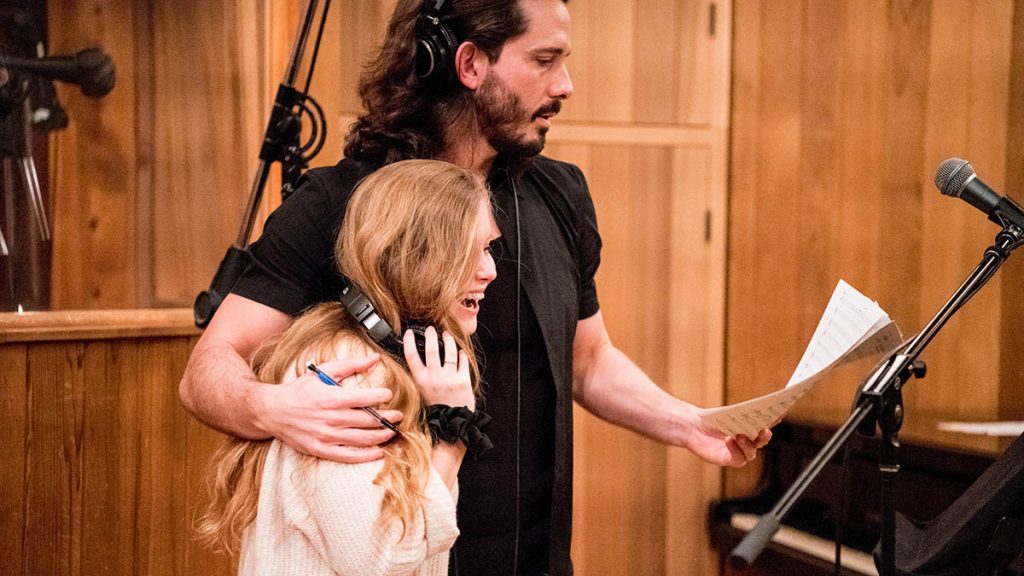 Emalee Flatness’ song details the life of her ancestor, and it took her all the way to Broadway.

SPRINGFIELD — During a family tree project in fifth grade, Emalee Flatness discovered her great-great-great grandfather was a Union soldier in the Civil War. His story inspired her to write a song.

In 2019, that song, alongside five others, won the National Endowment for the Arts (NEA) Musical Theater Songwriting Challenge.

Flatness, a freshman history major at Missouri State University, grew up around the musical theater scene. She has been writing songs since 2014, at the founding of her bluegrass band “Po’ Anna.”

The song she submitted for the NEA contest, “Carolina,” is the title track of Po’ Anna’s first album.

“My high school theater director always encouraged me to expand my songwriting ventures further than bluegrass music,” Flatness said. “She made me aware of the contest, and I tentatively entered the song.”

Bring me back from Carolina

“Carolina” details the life of Arnoldus Zweerink, a Dutch native who made the journey to America alone at age 14. He was drafted into the Union Army soon after becoming a father. He was killed on March 31, 1865, only nine days before the Confederate surrender at Appomattox.

He is buried in an unmarked grave in Virginia.

“My family traveled to his approximate gravesite, and seeing it made me feel closer to my ancestor,” Flatness said. “It also inspired me to delve deeper into the history of my family as a whole.”

Flatness was surprised when she won the NEA contest.

“I truly did not believe it,” she said. “I thought there had been a mistake.”

But it wasn’t a mistake, and not long after the announcement, NEA appointed mentors to meet with Flatness in a workshop at her former high school in Willard. It was here, with Max Vernon and Daniel Lincoln, that “Carolina” developed into the full song it is today.

Two months after the workshop, Flatness flew to New York City to witness the recording process. Broadway performers A.J. Shively and Kalyn West sang as Zweerink and his wife, Elizabeth.

“There are no words to describe being in a room with Broadway singers passionately recording a song you have put your entire life into for years,” Flatness said. “I was speechless.”

Flatness is working on a full musical detailing Zweerink’s life as she pursues a degree in history and a minor in museum studies at Missouri State. She wants to be a genealogist.

“I believe my great-great-great grandfather has been watching over me throughout this journey,” Flatness said. “And I believe he is proud.”