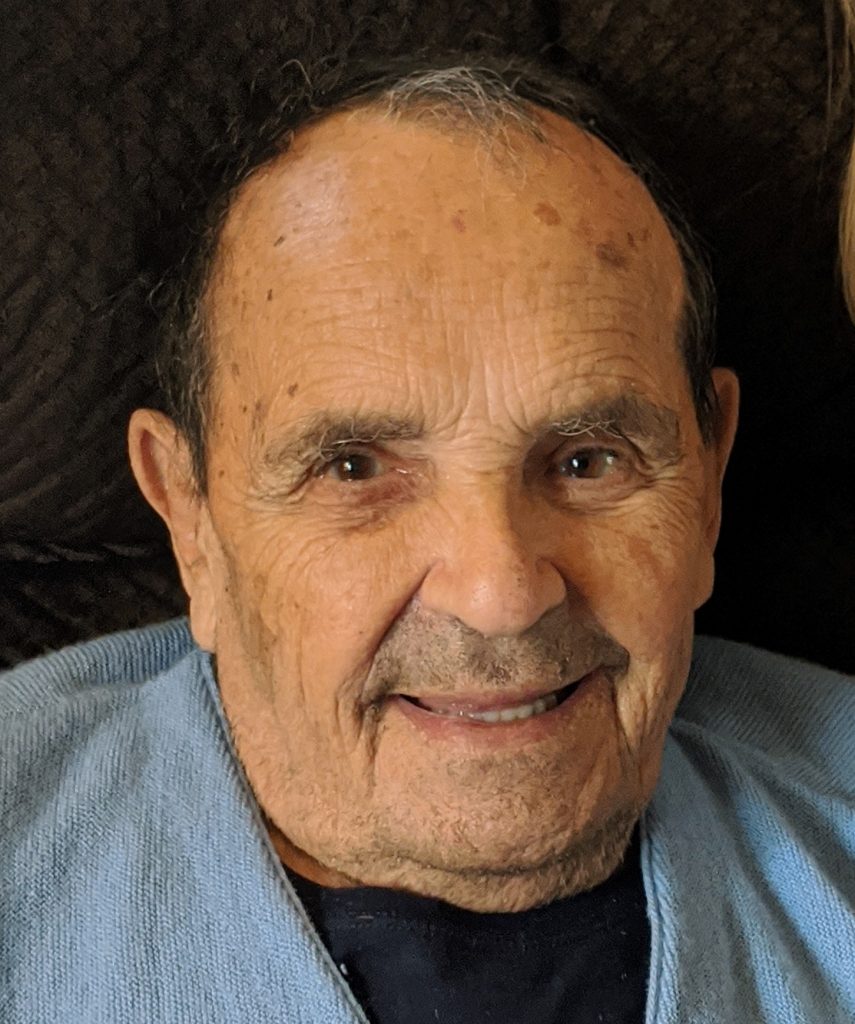 Ralph Frank Monteleone was born August 7, 1932 in St. Charles, Illinois to Frank and Clarice (Tuytschaevers) Monteleone and was reunited with his Lil’ Darlin, Barbara Jean Hofmann, on February 8, 2020. Ralph was raised in the Catholic faith and graduated from St. Charles Community High School and DeVry Institute in Chicago, IL.

On August 27, 1955, Ralph married Barb and their love created five children. In 1974, Ralph and Barb moved from Little Woods in St. Charles, IL to their home in Seymour, MO. Ralph and Barb were passionate about horses and the country. That passion was instilled in their children who all share a love of the outdoors, especially on horseback.

Ralph enjoyed trail riding, announcing horse shows, and watching his grandchildren and great-grandchildren play sports and show horses. He rarely missed a home or away game during the 1990-94 Seymour Boys basketball seasons. Ralph belonged to Fox Valley Saddle Association, South Central Horse Show Association and was a life-long member of Seymour Saddle Club. He was a founding member of the Fraternal Order of Eagles in Ava, MO. He was also involved with Little Woods 4-H Club, Hills and Hollers 4-H Club, Nemki Dance Group and St. Charles Pow Wow.

Ralph worked at Romar Plastics in St. Charles then Lucky Lumber in Missouri, before establishing his own business, Diggins Lumber, where he designed and built pole barns.

Known affectionately as Ralph, Ralphie, Dad, Grandpa, Pops, and Cookie Grandpa; he was loved by many and loved many in return. Ralph’s smile, dark eyes, quick wit, and wonderful sense of humor will leave endless memories for all who were fortunate enough to share this life with him.

Ralph is survived by his children and their spouses all of Missouri, Marcy and Dewey Turner, Rick and Tammy Monteleone, Laurie and Steve Kastning, Sandy and Stan Young, and Mona Monteleone and Rich Lecinski; his grandchildren Matt, Tim, Sebrina, Dale, Krissy, Lacy, Tristan, Lane, Nora, Myer, and Rolen. Ralph’s love extends to his 14 great-grandchildren. Ralph is also survived by his brother and his spouse Frank (Sonny) and Bernice Monteleone, a host of nieces, nephews, cousins, and friends.

Preceeding him was his wife, Barb, of 47 years, his parents Frank and Clarice (Care) Monteleone, his brother David Monteleone, and his sister Marilyn (Monteleone) Anderson and brother-in-law Robert (Andy) Anderson.